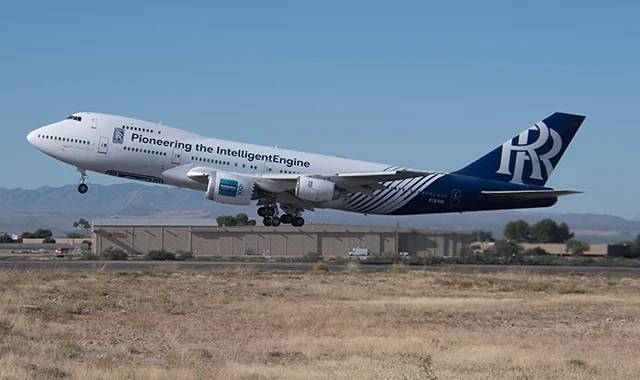 After de-risking Sustainable Aviation Fuels, ramping up supply  and reducing cost is the next challenge for […]

After de-risking Sustainable Aviation Fuels, ramping up supply  and reducing cost is the next challenge for the air transport industry

British aircraft propulsion systems maker Rolls-Royce, teamed up with Boeing and American SAF pioneer World Energy, to conduct a four-hour test flight during which a Trent 1000 engine run on the low-carbon fuel for the entire duration of the flight on October 19. Although a number of commercial flights have in the recent past been operated using a blend of SAF and conventional fossil-based aviation fuels, the test is considered a breakthrough because aircraft are currently only certified to operate up to a maximum of 50pc SAF blend with conventional jet fuels.

During the three hours and 54 minutes flight that took off from Tucson airport in Arizona, passing over Mexico and Texas, the Trent engine was fed with unblended SAF while the other three Rolls-Royce RB211 powerplants on the company’s Boeing 747 testbed, continued to run on normal jet fuel.

The test continues a path that has also seen the engine makers Trent XWB engines for the A350 and the Pearl series, which power some Bombardier, Falcon and Gulfstream business jets, go through the paces of SAF both on the ground and in the air.

The validation of unblended SAF operations holds the key to the aviation industry meeting its UN set target of zero carbon emissions by 2050. The goal will be met through a combination of initiatives including electric flight, new fuels and more efficient air traffic control.

While electric flight has also made strides in recent times, 100pc SAF operations are a gamechanger because electric propulsion is unlikely to meet the energy density to provide lift for the wide-body jets which form the backbone of long-distance air travel. The gas turbine, will therefore remain a fixture of air travel for the foreseeable future. Giving the current engine technologies the capability to safely operate using biofuels is therefore, a big plus.

That remains true even in future configurations, where the internal combustion engine, might be used as a powerplant that generates the electricity to run the electric fans that will replace jet turbines under the wings of fixed aircraft.

Rolls-Royce which aims to achieve 100 percent compatibility with SAF for all its Trent engines by 2023, says initial indications from the test flight “confirm there were no engineering issues, providing further proof of the fuel’s suitability for commercial use.”

Said Simon Burr, Rolls-Royce, Director Product Development and Technology – Civil Aerospace: “We recognise the need to take action to decarbonise our industry. This flight is another example of collaboration across the value chain to make sure all the aircraft technology solutions are in place to enable a smooth introduction of 100percent SAF into our industry.”

Boeing provided technical support on aircraft modifications to ensure the aircraft systems would operate with 100 percent SAF while World Energy the only commercial-scale SAF production company in the United States, provided the low-carbon fuel for the flight.

While SAF promises so much, the transition to it still faces many hurdles including scale of production, cost and the logistics of distributing it across the world’s airports. At its peak in 2019, the world’s commercial fleet consumed 95 billion gallons of fuel and would have gone on to consume 98 billion gallons last year, were it not for the disruption caused by the Covid-19 pandemic.

Replacing such volumes is a herculean effort that calls for new incentives and production and distribution infrastructure across the world. Authorities are taking measures to nudge industry into increasing production of SAF. The Biden administration recently launched a Sustainable Aviation Fuel Grand Challenge to produce three billion gallons of the fuel a year by 2030 while the European Commission has also created a ReFuelEU Aviation proposal that seeks to increase the supply of SAF at EU airports to 63percent by 2050.

As usual, as a net importer of technology, Africa might just have to wait for the global aviation fuel logistics chain that feeds its’ airports to ramp up. But policy makers and airport managers in the region cannot run away from the need to think through incentives that will keep air travel affordable during the initial climb phase for SAF.

This article first appeared at https://37degreeseast.wordpress.com/2021/10/24/rolls-royce-proves-biofuels-can-climb-to-cruising-altitude/ 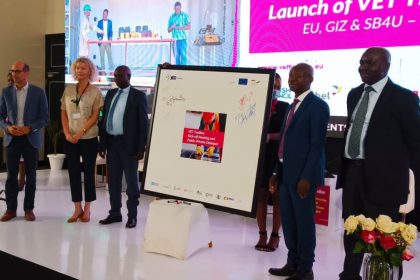