July 21—Paul Mc­Dade, who recently took over from Aidan Heavey as chief executive officer of UK-listed […] 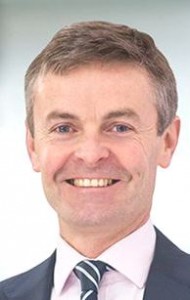 McDade took over from Aidan Heavey in April.

Sometime in the middle of 2010, Heritage Oil announced it had sold for nearly $1.5 billion, its 50% interests in Block 1 and 3A to Tullow Oil, which they co-owned . A year later, Tullow Oil in turn, announced it would sell two-thirds of their oil concessions in western Uganda to France’s Total and China’s CNOOC Limited.

McDade’s talks with the government and URA are bound to be tricky following Heritage’s own reluctance to pay capital gains tax following the sale to Tullow in 2010. Heritage eventually paid up $400 million after nearly five years of legal wrangling and finally arbitration. It is unlikely Tullow Oil wants to go through a similar exhausting process.

According to the June edition of the Deep Earth International Report, McDade will have to negotiate Tullow Oil’s plan to close the sale of 22% of its as­sets to France’s Total and China National Offshore Oil Corporation (Cnooc). Deep Earth International is a Ugandan firm that deals in market research, risk analysis, public relations, and
the execution of media strategies.

The report states, ‘Completing the deal will not be easy. It is not clear whether government will slap a 30% capital gains tax on Tullow’s $900 million sale. Tullow has said that of the $900 million that it intends to get at the completion of the transac­tion, $700 million will be spent as part of its share in the project development cost for the crude oil pipeline and its attendant infrastructure. On that basis, Tullow sees no reason of paying capital gains tax, and has effectively asked for a private ruling on whether the transaction should attract tax’.

The report goes on to state that should the transaction get government approval, Tullow will remain with 11% of the licensed oil exploration areas in western Uganda. This would mean that the concept that defined the Joint Ven­ture Operation partnership might have to break up.