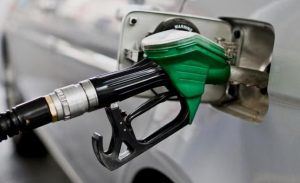 Higher fuel prices had a negative knock-on effect on several economic sectors, but a sustained run of public investment has helped to encourage optimism.

August 3, 2018—The Stanbic Bank Purchasing Managers’ Index (PMI) for July stood at 53.2, unchanged from June, but still above the average recorded since the survey began in June 2016. Business conditions have now strengthened in each of the past 18 months after the survey became official.

Sponsored by Stanbic Bank Uganda and produced by IHS Markit, the PMI has been conducted since June 2016 and covers agriculture, construction, industry, services and the wholesale and retail sectors. The headline figure is derived from a monthly questionnaire to some 400 business people whose answers collectively provide an indication of operating conditions in Uganda.

Jibran Qureishi, Regional Economist East Africa at Stanbic Bank said: “Private sector activity remains solid and could further benefit from the ongoing public investment in infrastructure, in addition to the government’s intentions to clear domestic arrears over the course of the fiscal year. Headline inflation however could continue rising over the coming months owing to new tax measures and the lag pass through impact of the weaker exchange rate from May and June.”

Qureishi said, “That being said, the aggressive intervention by the Bank of Uganda (BoU), in addition to rising inflows from foreign portfolio investors has been supportive of the Uganda Shilling over the past month. Yet, BoU may choose to be preemptive in order to mitigate risks of rising inflation expectations and thus a token Central Bank Rate hike is a possibility in the second half of 2018.”

Central to the latest improvement in operating conditions was a further increase in output amid reports of improving client demand and successful marketing. Stronger demand was also mentioned by those firms that saw a rise in new business, which has now expanded on a monthly basis for a year-and-a-half.

The Stanbic Bank Fixed Income Manager, Benoni Okwenje said overall costs of production continued to rise in the Ugandan private sector amid higher purchase prices and staff costs. “The introduction of new taxes in the new financial year has contributed to the overall rise in input prices.  Higher costs for fuel, electricity, stationery and water, alongside unfavourable exchange rate movements, further encouraged an increase in prices,” he said. 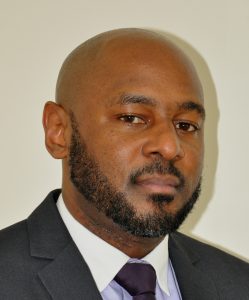 Everest Kayondo, who chairs the Kampala City Traders Association (KACITA) said the recent introduction of new taxes by the government have impacted the general price structure in the economy. “The prices on fuel for instance have led to increase in transport costs which have impacted on general prices of goods and services in the economy which has increased the cost of production hence increasing the final price of goods and services,” he said.

However according to the survey results, Ugandan companies continued to expand their operating capacity in July by taking on extra staff. This hiring helped them to reduce levels of outstanding business, in spite of ongoing growth of new business.

Overall input prices continued to rise in the Ugandan private sector amid higher purchase prices and staff costs. Higher costs for fuel, electricity, stationery and water were all mentioned by respondents. These cost increases, alongside reports of unfavourable exchange rate movements, encouraged firms to raise their output prices again. Selling prices have risen throughout the 26-month survey so far.

Ugandan companies expanded their purchasing activity for the fifth successive month in response to strengthening customer demand. The rise in input buying fed through to another monthly accumulation of stocks of purchases, the fourth in as many months.