March 21, 2018—MTN Uganda, the country’s biggest telecom, is set to defend itself against complaints of […] 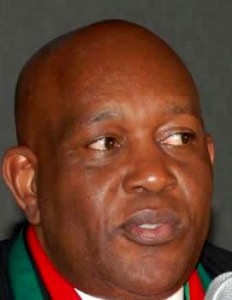 Mbire said they expect an automatic renewal of their license.

March 21, 2018—MTN Uganda, the country’s biggest telecom, is set to defend itself against complaints of anti-competitive business practices as part of a regulatory process to renew its operating license during a public hearing at the Uganda Communications Commission (UCC) next Monday on March 26 in Kampala.

However, Charles Mbire, the MTN Uganda chairman expressed no worries and told 256BN this week, “There is an automatic renewal for 10 years unless there are material issues that MTN has not fulfilled. But we feel we have fulfilled everything and even surpassed them.”

UCC executive director, Godfrey Mutabazi says MTN Uganda applied for a renewal of its license for another 10 years on October 3, 2017. The telecom firm is  a major player in Uganda’s economy and no one can imagine UCC denying them an extension.

Mutabazi said MTN Uganda has been largely compliant. “However there are areas of non-compliance with financial, legal and technical obligations,” he said.

The company smashed the elitism previously associated with owning a mobile phone back in the late 1990s by introducing cheap handsets and pre-paid services.

The hearing, previously set for February 26, 2018, was rescheduled to allow the UCC to complete its own evaluation and circulate the findings. Proceedings will take place in the Commission conference hall starting at 10.00 am. 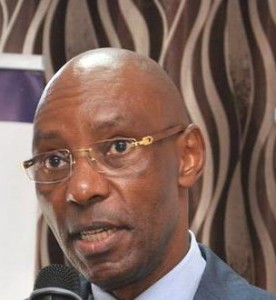 Mutabazi said MTN Uganda has been largely compliant under the provisions of their license.

Mutabazi states in the report, ‘As at 31st December 2017, MTN Uganda has recorded growth in the subscribers base with 239, 047 fixed lines and 11,578,207 mobile subscriptions. This client base is serviced by a national radio network of more than 1637 base stations and a fibre network that spans 4500 kilometres and a national money agency network of 77,144 among others’.

On the other hand, MTN Uganda has been embroiled in a drawn out confrontation with a segment of telecom services providers who insist the company often behaves like a bully and they want to drum up some sympathy at the hearing.

The Wireless Applications Services Providers Association (WASPA) of Uganda, has raised several issues about how the subsidiary of the South African-based MTN Group, does business in Uganda.

In its report, UCC says MTN Uganda has been largely compliant and even exceeded expectations, but in some areas of operations it showed glaring customer care failures including incidents of wrong billing. UCC was also intrigued by the sweet-heart deal MTN Uganda has with tower operator, ATC, that allows the telecom to pay at the 2012 exchange rate. This works in the firm’s favour in line with a more costly US dollar, but puts competitors using the same towers at a disadvantage. However,  the notable concern for UCC, is MTN Uganda not living up to its interconnection obligations.

The report states: ‘MTN has repeatedly failed to meet the statutory timelines for negotiations and conclusion of interconnection agreements with inter-connection services’. Specific examples are laid out involving One Solution Limited, Sure Telecom and Roke Telecom.

WASPA has labeled MTN Uganda as being ‘discriminatory, unfair and unclear’. These claims were contained in a petition presented to UCC during December 2017. However in  response, MTN Uganda states that the anti-competitive claims made by the aggregators and Value Added Services (VAS) providers are not justified because they are not licensed telecommunications operators.

Secondly, the issue raised by VAS Garage and Easy Money, are sub-judice since there are ongoing court cases on the same matter and cannot therefore form part of the Evaluation Report or the public hearing. Thirdly, the MTN pricing and revenue share model is reasonable as the complainants sell the same services to the final consumer at much higher prices.

UCC says the substance of the issues raised by USSD (technology used to send text between a mobile phone and an application program in the network) and third party SMS providers are related to the ongoing study being done by the Commission. UCC will provide a ruling on the specific complaints at the completion of the process.

Referring to its deal with ATC, (which MTN Group owns a 49% stake), the Uganda subsidiary said “If any discriminatory pricing existed, ATC as the separate legal entity licensed by the Commission should be the right party to respond or address any alleged breach’.