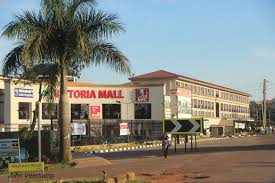 August 29, 2018 – Major city Malls are seeing increased traffic and better occupancy after adopting Knight Frank Uganda’s strategy to anchor the properties with Super rather than Hypermarkets.

In its update on the Kampala market for the first half of 2018, global property and real estate consultancy Knight Frank reports that it has been able to return traffic to mall space vacated by failed retailer Nakumatt  through anchoring the properties around  Supermarkets rather than the Hypermarket model that is popular elsewhere in East Africa.

As a result, traffic to Acacia Mall jumped 100pc during Shoprite’s opening week there in May while Victoria Mall in Entebbe saw a 170pc increase during the first week of Shoprite’s  opening at the location.

“The footfall attracted to malls of this size is phenomenal and both malls showed more feet per square metre of gross leasable area than any other Mall in East Africa. Both Victoria and Acacia Mall are currently averaging in excess of 10,000 customers per day,” the consultancy says.

Knight Frank explains further that because Supermarkets carry 65pc of their product range in fresh goods and the remaining 35pc in the grocery and domestic essentials categories, they attract the daily shopper as opposed to the Hypermarkets which tend to target the monthly shopper.

“The supermarket option tends to increase daily footfall to a Mall and also benefits the other retailers who are not necessarily competing with the Anchor tenant on product and price point. This change in philosophy for Malls has proven itself as viable and optimum in more sophisticated retail markets, which has led to successful and hugely profitable malls for consumers, retailers and property developers alike,” says Knight Frank.

Typically, Hypermarkets dedicate less than 10pc of their floor area to fresh product with the rest taken up by non-perishable goods, home appliances, electronics, clothing and textiles. This tends to create a cycle where shoppers visit the store only once a month on average.

The first half of the year has also seen a rebound of retail activity in the Greater Kampala area with retailers reporting 11pc year on year growth. Knight Frank observes that this increase is well above the Consumer Price indices (CPI) which posted 2.12pc average inflation during the first five months of 2018.

“This six month period (H1 2018) has seen Shoprite supermarkets open at Acacia Mall in Kisementi and Victoria Mall in Entebbe, and also confirmed their entry into Village Mall. This is the culmination of Knight Frank’s well thought out and strategic re-development plans for these Malls.

“Shoprite is scheduled to open at Bugolobi Village Mall in December 2018 in conjunction with the launching of  an all new fashion wing which Knight Frank has  successfully  re-merchandised  and re-tenanted and are currently letting.  The demand for retail space in core CBD has also increased during this period with Knight Frank registering an increase of nearly 80% on inquiries for space.”

The realtor reports a net uptake of roughly 12,000 square metres of retail space in the Malls it manages, pushing overall occupancy levels there past 95pc.

“Some significant Lettings in the period under review are Illusions Nightclub of the Future, Caramel Café and regional retailer Lintons opening at Acacia Mall. Victoria Mall saw the opening of discount fashion retailer PEP. Middle East Shopping Complex saw the opening of Shax Unlimited convenience store in the space formerly occupied by Nakumatt. “