November 6—The headline Stanbic Purchasing Managers’ Index  ( Stanbic PMI), a monthly snapshot of how Uganda’s private sector views business conditions, stayed above the psychological 50.0, but slipped lower to 52.8 during October compared to the 53.8 recorded in September 2017. 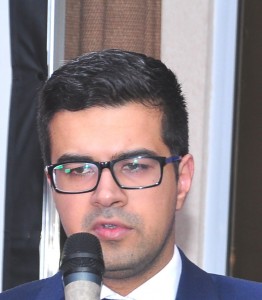 Releasing the latest results over the weekend, Jibran Qureishi,  Stanbic  Bank’s Regional  Economist  for East Africa  said, “We  continue  to  see  a  gradual  improvement  in business  conditions  within  the  private  sector  in Uganda, although the pace of improvement has slowed down somewhat since August. We attribute this to the prolonged political impasse in Kenya which is by far Uganda’s leading trade partner. ”

There were rises in output, total new orders, employment and stocks of purchases supported the overall improvement. For the ninth consecutive month, business activity expanded at Ugandan private sector firms. Respondents frequently referred to a larger customer base and greater underlying demand as factors influencing the rise.

“However, as political unrest in Kenya subsides in the coming months following the conclusion of the repeat Presidential elections and public expenditure on infrastructure in Uganda starts rising, growth will most likely return to a much faster upward trajectory,” Qureishi said.

Uganda is currently undertaking the construction of a number of large scale infrastructure projects with many more in the pipeline, key to their successful execution is the port of Mombasa which accounts for about 70% of all imports. Political instability in Kenya tends to slow down processing times considerably at the port, leading to project delays with many contractors lacking the much needed raw materials and equipment necessary to carry out construction.

Employment expanded at businesses across all five monitored sub-sectors in October as companies attempted to increase their capacity to cope with higher demand. The increase in capacity helped companies continue to work through outstanding business amid rising new orders.

However, notably having risen in September, new business from abroad decreased in October. This was largely due to a challenging political environment in key export destinations.