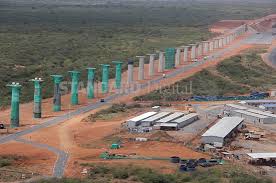 Speaking on the sidelines of the 12th edition of the Northern Corridor infrastructure Summit in Kigali this week, Ugandan Minister for works John Byabagambi revealed that a delegation would be travelling to Beijing at the end of the month to close financing for the Kampala-Malaba-Nimule limb of the regional SGR.  Uganda will be seeking $4.8 billion and sources have suggested that financial closure is likely in March 2016 with construction following three months later.

In Kigali, it was revealed that Kenya had made progress on the Mombasa- Nairobi leg with 60 percent of the track laid. But there was no word coming from either Nairobi or Kampala about the status of the Nairobi-Malaba section that Uganda will need to connect to the coast. According to Nairobi feasibility studies have been completed only for the Nairobi-Naivasha section. While there has been mention of plans to extend the line to Kisumu and Malaba “later”, nobody was talking about a definite timeline and associated financial resources to bring the line to Malaba.

Judging from public statements by Kenya Railways, it is clear that for Nairobi, the SGR development is first national project and the connection with the East African hinterland, though important for its long-term viability, ranks a distant third in priority. That may not be surprising though since in their plans, the implementing partners are trying to make as much out of the tariff from their portions of the SGR. Because the individual countries will earn only from the distance the trains run on their tracks, in routing its route through Kisumu rather than the more direct route from Nakuru to Malaba, Kenya is in effect getting Uganda and Rwanda to subsidise development of its national network.

Although Kenya Railways  claims the western leg is at commercial contract approval stage for both Kisumu and Malaba; and Ugandan officials insist all is well, diplomatic sources say both the China Exim Bank and the Kenyan government have encountered difficulties in making a business for SGR beyond Nairobi. Ugandan officials insist that because the SGR was conceived as a regional project, China will fund it as such but would want the partner states to move in tandem on the project. So far there is still some asymmetry between the partners and in private, negotiators lament the lackluster attitude displayed by South Sudan so far.

Sources familiar with the goings on accuse South Sudan’s delegates of skipping crucial meetings and of a lack of value to their participation when they attend. The Chinese entered an MoU to develop the Juba-Nimule leg of South Sudan’s portion of the regional SGR network but with conflict and a history of misplaced priorities, it remains to be seem if Jubal will pull its act together.

Should Chinese funding for the Nairobi-Malaba section fall through and Kenya’s nearly exhausted capacity to borrow, the question of who will pay for that leg remains unanswered. Would a desperate Uganda be forced to shoulder the burden?

The status of the Kampala-Kigali also remains unclear as some degree of mistrust exists between Rwanda and Uganda. According to independent sources, Kigali which was at one time upset by Uganda’s apparent focus on the northern connection to Juba has refused to put pen to paper with prospective contractor China Civil Engineering Construction Company until Kampala has signed a contract with them.

Kampala on the other hand believes that building the Southern SGR line to the Mirama hills border with Rwanda imposes a huge financial burden on it and yet Kigali might opt for what Ugandan officials see as the more natural connection through Tanzania. If it chooses to connect through Uganda, Rwanda would have to build only 110 kilometres of SGR to Kigali against Uganda 300 plus.

Ugandan officials also complain about a lack of clarity on Kigali’s preferred interface point with Uganda’s SGR. While Mirama hills –Rwamagana-Kigali has been widely suggested as the logical routing, officials point to internal debates inside Rwanda which could see the alignment shifted towards Katuna.

That leaves the door open for Kigali to drift south to Tanzania which is proposing an SGR development from Tanga to Bujumbura. Dar attended the Kigali summit as observer alongside its bossom buddies Burundi and the Democratic Republic of Congo which during the Nairobi edition of the summit last October, signaled intentions to join the NCIP.

The DRC is understood to be interested in connecting with Uganda at two points Goli, south of Lake Albert and Aruu further north in Uganda’s west Nile region. The DRC’s connections with Uganda would provide a route to market for its iron ore deposits in the north eastern parts of the county bordering Uganda. That would also be a boon for Uganda as it will earn a tariff on anywhere between 600 and 700 kilomtres of the 1900 kilometre trek to Mombasa. But again the question when to commit with Kampala fearing that it could end up with a white elephant if Kinshasa changes plans.