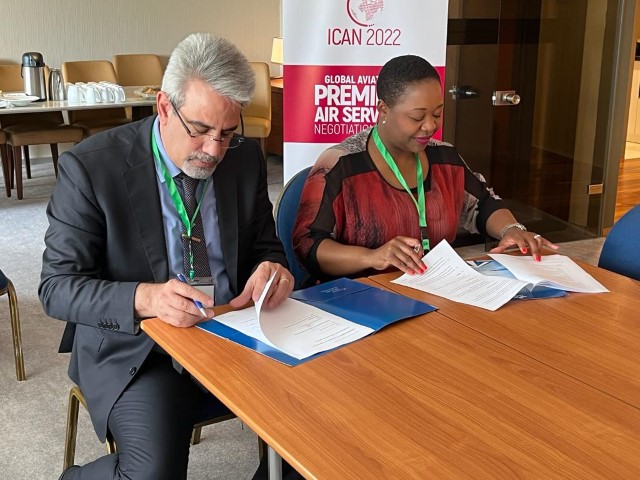 Under the so-called Aviation Safety Agreement endorsed by the two parties on December 14, the SACAA recognises the IATA’ Operational Safety Audit (IOSA) as a standard for aviation safety oversight in its jurisdiction.

IATA says the MoU will strengthen the cooperation between it and SACAA and allow the two parties to explore further initiatives for improving safety in the region.

“Safety is the industry’s top priority and IOSA continues to demonstrate the benefits of global standards underpinning safety operations. In 2021, African airlines on the IOSA registry had zero accidents. We congratulate the South African Civil Aviation Authority for their continuous leadership in advancing a safe and efficient air transport industry in the region and for helping promote a single set of global safety standards,” said Kamil Alawadhi, IATA’s Regional Vice-President for Africa and Middle East.

The South African signing follows a similar agreement with Togo’s aviation safety regulator earlier this year, in a campaign by IATA to close safety gaps in Africa.

Speaking to media on the sidelines of the Aviation Africa 2022 Conference in Kigali last September, Alawadhi said while the IOSA program had significantly improved safety at the airline level, the game changer would be to get regulators to insert IOSA standards into their regulatory regime because it goes above and beyond what is typically required of operators by regulators. A key element of IOSA, is the requirement for an airline to be audited every two years.  Incorporating such a requirement in national regulations is expected to keep operators more on their toes, ensuring safe operations on a regular basis.

IATA is also working with governments to enhance safety by ensuring that they invest in up-to-date infrastructure that expands the coverage of controlled airspace over their territories to create seamless links with flight information regions in neighbouring countries. The lobby is also pushing for the adoption of its ISAGO – IATA Safety Audit for Ground Operations which assess the management and oversight systems of ground services providers.