July 5, 2018—The government through the Uganda Revenue Authority (URA), is trying to review the terms […]

July 5, 2018—The government through the Uganda Revenue Authority (URA), is trying to review the terms of its Double Taxation (DTAs) agreements with The Netherlands and Mauritius, countries that offer multinational companies generous tax breaks which can substantially reduce their tax liability in Uganda. 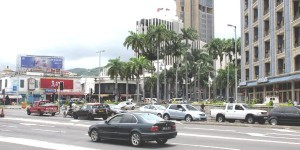 Port Louis, capital of Mauritius, has become a favourite place for multinational companies to register while running operations on mainland Africa.

Companies are also involved in mis-invoicing, mis-pricing while others continue to launder money through various means. On a bigger scale, the under-invoicing of exports and over-invoicing of imports make it harder for institutions like URA to collect taxes and levies.

Chombo said, “Countries negotiate Double Taxation Agreements so as to allocate taxing rights between the residence country and the source country.”

However many companies frequently exploit DTAs, (technically called treaty shopping), as a means of slashing cost of doing business. This is especially applicable when a large revenue stream is in sub-Saharan Africa or other jurisdictions where top management of these firms feel the tax regime is unattractive. Resource companies and inter national services have turned out to be the leading culprits.

For example, in Mauritius unlike Uganda, most international companies that register subsidiaries, do not pay capital gains tax or withholding tax and are encouraged to take advantage of the island’s DTAs with other countries.

Chombo brought up the case of Heritage Oil and Gas Company Limited who apparently wanted to dodge paying capital gains tax (CGT). After learning about a possible CGT liability on the sell of its stake in Uganda’s oilfields to Tullow Uganda, Heritage decided to re-domicile from the Bahamas to Mauritius before conclusion of the sale in order to benefit from the Mauritius-Uganda DTA. URA embarked on a legal battle that in 2017 ended in Heritage having to pay $400 million in taxes.

Gerald Byarugaba, E. I. Coordinator, Oxfam said both TOTAL and Tullow Oil own their petroleum rights in Uganda through subsidiaries based in The Netherlands. “TOTAL SA owns its rights through TOTAL E&P Uganda B.V. (Netherlands). Tullow owns the rights to its Ugandan assets through Tullow Overseas Holdings B.V. CNOOC owns their Ugandan petroleum rights through the British Virgin Islands, a notable tax haven,” he said.

Earlier this year, the Dutch Parliament began the legislative process of revamping the country’s tax structure in order to dump the unenviable reputation across Europe of being first choice for ‘letterbox’ companies.

According to recent media reports in Brussels, findings by the Federal Public Service Finance showed that in 2016, Belgian-based companies transferred 221 billion euro (just $250 billion) to tax havens, such as the Cayman Islands, the United Arab Emirates, Bahrain, Bermuda and Jersey Guernsey.

Chombo highlighted the difficulties facing URA in limiting illicit international financial flows (IFFs) that cost sub-Saharan Africa at least $60 billion annually. It is a world associated with shell companies and all manner of ways to evade paying taxes.  Increased interest in DTAs arose from a situation where some multinational enterprises (MNEs) now plan their businesses so as to either pay less or no tax at all in the countries they have invested.

“MNE’s exhibit more tax evasion tendencies by using transfer pricing as well as offshore branches and subsidies. Transfer pricing is the price charged by one member of a multinational organisation to another member of the same organisation for the provision of goods or services,” Chombo said in her briefing.

She said it was questions surrounding these issues that caused the government to suspend DTAs until a clear policy and common places was in place. However the URA is handicapped by financing, inadequate personnel for the job of chasing culprits which often requires international travel and the required expertise.