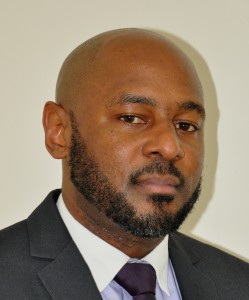 Okwenje said a depreciating Uganda shilling against the US dollar is the main reason for increased input prices.

July 5, 2018—The latest Stanbic Bank Uganda Purchasing Managers’ Index (PMI) shows that private sector sentiment has slipped from 53.9 in May to 53.2 in June amid increased orders, but a trend of rising prices for inputs.

Speaking about the underlying reasons behind possible cost increases, Benoni Okwenje, the Fixed Income Manager at Stanbic Bank said, ‘‘Cost pressures are mainly driven by the performance of the Uganda shilling. The currency has come under pressure in the past few months as a result of a combination of domestic factors, a weak balance of payments position and the global strengthening of the dollar. This is unlikely to be countered by exports in the short term with Uganda’s export markets contracting significantly.”

Output growth contributed to the overall improvement, with firms citing stronger demand and promotional activities. New orders also increased in June, as the customer pool grew. Moreover, both output and new orders rose across all five sub-sectors monitored by the survey.

Furthermore, workforce numbers continued to rise in the Ugandan private sector as firms responded to greater production requirements. Staffing levels increased across four out of the five categories, the exception being agriculture.

Expansions in purchasing activity meanwhile contributed to the positive overall picture, with stock levels increasing in tandem. As was the case with employment, agriculture was the only sub-sector not to record a rise in buying levels during June.

Firms continued to pass on higher input prices, with output charges increasing for the twenty-fifth month in succession. Moreover, survey data signaled that average selling prices rose across all sub-sectors monitored by the survey.  Elsewhere, delivery times shortened in line with the trend observed since the survey’s inception amid infrastructure improvement.

Based in Nairobi, Jibran Qureishi, Regional Economist East Africa at Stanbic Bank said, “The PMI has averaged 53.0 in the second quarter this year from 52.1 in the first quarter, indicating that the underlying trend remains solid in private sector activity. Moreover, the recently announced Fy2018/19 budget which was expansionary in nature, suggests that the government will be looking to invest in oil related infrastructure projects over the next couple years. 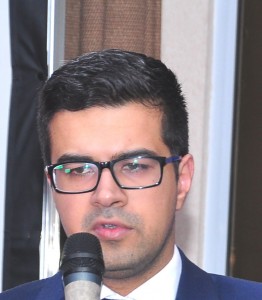 He said, “This should help support GDP growth, especially if local content laws are respected to ensure inclusivity. However, cost pressures for firms are likely to arise over the coming months owing to the lag impact of the weaker exchange rate in addition to higher international oil prices.”

The Stanbic PMI is based on data compiled from monthly replies to questionnaires sent to purchasing executives in approximately 400 private sector companies, which have been carefully selected to accurately represent the true structure of the Ugandan economy, including agriculture, construction, industry, services and wholesale and retail.

The panel is stratified by GDP and company workforce size. Survey responses reflect the change, if any, in the current month compared to the previous month based on data collected mid-month.