China not at fault for lopsided trade with Uganda

August 20, 2018—At every opportunity African leaders like to ask their Chinese counterparts why the second […]

August 20, 2018—At every opportunity African leaders like to ask their Chinese counterparts why the second biggest economy in the world is not buying more from the continent to balance out overall trade that is clearly skewed in China’s favour. 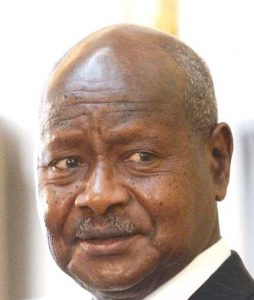 During 2017, Uganda imported nearly $900 million worth of goods from China, but barely managed to sell $50 million of items to the Chinese.

The issue is becoming more urgent as total African government debt to the Chinese surges upwards and the weakening of national currencies against the US dollar means higher costs to service these loans.

Yet without these loans, most going towards modernizing dilapidated infrastructure, African countries cannot hope to compete internationally or claim any segments in the global value chain (GVC).

As is common with the Chinese, they will smile and talk about ‘mutual benefits’ and ‘win-win’ situations, but politely refrain from telling their African friends, ‘you don’t have too much to offer at the moment except raw materials’. In Uganda’s case these include, raw hides and skins, oilseeds, fruits and vegetables, coffee, tea and spices.

In none of these products is Africa a world leader and hence China’s predicament whenever the trade imbalance issue crops up. More than half of Chinese imported needs come from other Asian countries while Africa contributes just 4 percent of the total. Europe takes up 17 pc and North America, 10 pc of the $1.8 trillion of imports in 2017.

Instead, private Chinese business people (according to a Mckinsey estimate, there are 10,000 Chinese firms), have been pouring money into sub-Saharan Africa’s extractive and manufacturing sectors. Last week, President Yoweri Museveni welcomed such moves and asked for even more.

Speaking at the Second Uganda-China Economic and Trade Cooperation Forum in Kampala he said, “Africa is a very rich continent. It is confusing for outsiders to see such a rich continent with a lot of poverty.”

Museveni said after an analysis, the government has identified 10 bottlenecks that have kept the country and the African continent poor.

He said these bottlenecks affect the profitability of enterprises. “Infrastructure is a very big problem, because it affects migration of businesses. Businesses cannot come here when we have got high costs of electricity and transport. Africa with still some of these bottlenecks, the rate of return is higher than in Europe. With improved electricity, transport and cost of money, the return will be much higher than it is right now,” Museveni said.

The Forum is an annual event hosted by the Uganda Investment Authority in partnership with the China Chamber of Enterprises in Uganda through which investments from China are recognized for their contribution towards industrialization and the creation of employment opportunities for Ugandans. This year, the forum’s theme was ‘China-Uganda join hands: Win-win Cooperation, Mutual Development’. 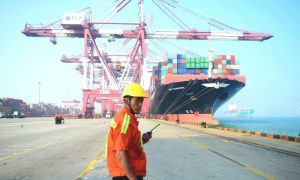 Only four percent of China’s  $1.8 trillion of imports during 2017 originated from Africa.

The Chinese Ambassador to Uganda, Zheng Zhu Qiang, said that cooperation between his country and Uganda is strong and has realized many achievements. He said, “Trade volume between China and Uganda in 2017 was $800 million. China is committed to supporting the development of African countries, including Uganda, in their development paths.”

This development path is being thwarted by the slow pace of developing economies of scale to cut costs is still a daunting problem for sub-Saharan African manufacturing. It is also a major reason why the continent’s  position in the GVC remains weak and fragmented.  In spite of forceful talk about opening borders, intra-Africa trade (15 pc compared to trade with the European Union)  is blighted by too much politics, plenty of national interests and little business sense.