April 19, 2018—Nearly 60 pc of Africa’s international service is to and from Europe, followed by service to and from the Middle East at 20 pc, but most of these flights are on wide-body planes which Boeing Corporation believes means just over 1000 new orders in the next two decades. 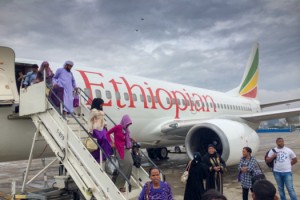 Boeing wants to take advantage of the projection that passenger traffic for Africa’s carriers will grow by 5.9 pc over the next 20 years.

According to the American aerospace company, air traffic for Africa’s carriers is forecast to grow 5.9 percent annually over the next 20 years, which is above world average and is driven by overall economic growth and increasing numbers of travelers from, to, and within the region.

Scheduled capacity between Africa and China (presently the continent’s trading partner) and now represents about 4 pc of Africa’s international air travel, has also grown at double digit rates over the last 10 years.

In its current outlook report 2017-2036, Boeing says, ‘African airlines will need 1,220 new airplanes over the next 20 years to accommodate this growth. Seventy-four percent of the deliveries to African airlines between 2017 and 2036 will be single-aisle airplanes, while 23 percent of the deliveries will be wide-body airplanes. Regional jet deliveries will total less than 3 percent. In dollar terms, Africa will invest almost $180 billion in new airplanes, split evenly between wide-body and single-aisle segments’.

Boeing sees positive developments within the aviation industry in Africa are underway, but further progress needs to be made. Efforts must continue to promote progressive aviation policies, including liberalisation of the African aviation market; improved aviation infrastructure; relaxation of visa policies; harmonization of legislation; licensing and technical standards across the African continent; and efficient implementation of a safe, secure, and sound air traffic navigation system across Africa.

Earlier this year, 23 carriers signed up for the Single African Air Transport Market (SAATM) intended to open up the skies and sharply reduce on the red tape and other restrictions associated with African civil aviation.

The makers of the fuel-efficient, Dreamliner B787, says Africa has an abundance of natural resources including metals, minerals, and oil; centers of agriculture and commerce that stimulate economic development, trade, and business travel; as well as resort beaches, cultural centers, wildlife, and natural attractions that promote leisure travel. Africa’s population is the youngest among all the continents, with large numbers of people ready to enter the workforce during the coming years. 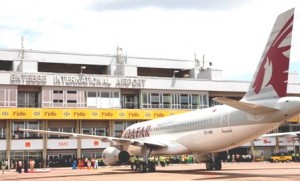 Service between Africa and the Middle East makes up 20 pc of all international travel.

Air travel within Africa has been resilient over the last decade and represents about 20 pc of total African service. Between 2006 and 2016, intra-Africa scheduled capacity has increased an average of 5.5 pc per year. The distances and geographic challenges involved in travel within the continent, lack of good roads and railways, increasing levels of trade and commerce, and a growing middle class who can now afford to fly all contribute to growth in air travel. Within Africa, single aisle airplanes are dominant, accounting for about 75 pc of total intra-Africa available seat-kilometres.

Inter-regional travel service (from or to other regions in the world) constitutes 80 pc of total Africa air travel, with an average capacity growth rate of 4.6 pc per year over the last decade. To and from Europe is and will continue to be the largest market. In addition to commerce-related activities, Africa offers a spectrum of tourist opportunities and cultural interests that contribute to the demand for air travel. North Africa, especially, is increasing in popularity as a European leisure destination.