August 29, 2018—The Uganda Communications Commission (UCC) has completed a largely favourable report on the application […] 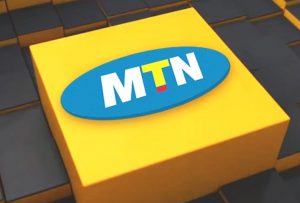 August 29, 2018—The Uganda Communications Commission (UCC) has completed a largely favourable report on the application for 10-year extension by telecom firm, MTN Uganda, but also recommended that it list on the Uganda Securities Exchange (USE).

MTN Uganda has been operating in the country since October 1998 and has been recognized for popularizing mobile phone use by marketing cheap hand sets. A final decision on the application was supposed to have been made at the end of July. However, UCC sources says the report is now with the ICT ministry awaiting formal approval by the Minister,  Frank Tumwebaze.

In late March the telecom firm appeared before a public hearing on its application at the UCC headquarters. Wim Venhelleputte, the MTN Uganda CEO was asked about their plans if any, for listing on the USE. He promised to look into the issue, saying the final say rest with the shareholders.

Most of the company is owned by MTN Group in South Africa while Charles Mbire, is the largest single Ugandan shareholder.

MTN Uganda placed its application for renewal in October 2017, having been operating in the country since October 1998. It presently commands about half of the 22 million mobile phone subscribers and paid in some UGX3 trillion (almost $1 billion) in taxes to government during the past 20 years.

In an evaluation report published in February, UCC executive director, Godfrey Mutabazi  said MTN Uganda has been largely compliant. “However there are areas of non-compliance with financial, legal and technical obligations,” he said.

According to consultancy, Fitch Solutions, ‘Uganda remains a promising market for MTN because of its burgeoning youth population; we expect the country’s 18-34 age group will number 22.8 million by 2027. These demographics bode well for the operator’s medium to long-term aims to make its data and digital segments the core revenue earners, a strategy it has already implemented through the introduction of its youth-targeted MTN Pulse value-added offerings. Nonetheless, the operator is likely looking to minimise its risk in markets which may not offer the same potential’.