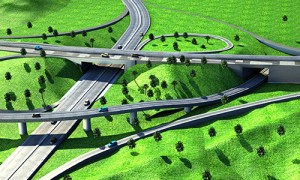 The proposed expressway is expected to cut the travelling time between Kampala and Jinja by just over an hour.

February 28-The Uganda National Roads Authority (UNRA) is now in the process of issuing final bid documents for the proposed $1.1 billion Kampala-Jinja Expressway after three major lenders signed up for the project that will cut down travelling time by 70 minutes.

The European Union, International Finance Corporation (the World Bank private lending arm), France’s AFD and the African Development Bank have agreed to jointly contribute $400 million. The dual-carriageway will link Kampala to the industrial eastern city of Jinja and is designed to speed up freight flow to landlocked Rwanda, eastern Democratic Republic of Congo and Burundi from Mombasa port in Kenya. In June 2016, AFD, the French overseas development agency, announced it would contribute $204 million towards this private-public partnership (PPP) venture which is supposed to kick off this year.

UNRA Executive Director Allen Kagina said: “We want to see an expressway which is responsive to the needs of the travelling public across the region and for this to happen, we need a partner with vision, a long term plan and the best team to deliver it.”

The hefty documents bidders will eventually pick up, will include design, build, finance, operate, maintain and transfer criteria for the 77-kilometre tolled highway, meaning that motorists will be required to pay to use it. However completion of the expressway will also accelerate industrialization of Greater Kampala, Mukono and Jinja.

Mid last year, UNRA issued a Preliminary Information Memorandum for the Kampala-Jinja Expressway public-private partnership (PPP). The memorandum was prepared by the IFC, which since 2014 has been working as lead transaction advisor for the structuring and implementation of a successful tender process.

The selected  private concessionaire will be given the option to include an 18-kilometre Kampala Southern Bypass. According to sources the expressway project is expected to create up to 1,500 jobs during construction and 200 jobs in operation.