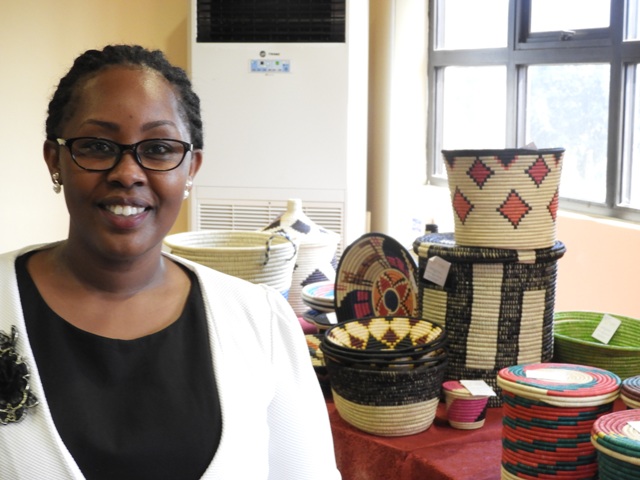 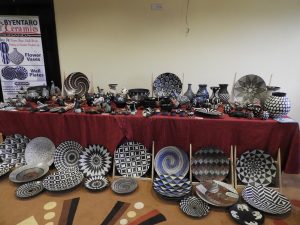 Uganda could increase earnings from its exports to the USA under the African Growth Opportunity Act Agoa, if it addressed an information shortfall that has left many exporters using alternative channels into the US market. That leakage would however also need to be matched by diversification into high volume products such as textiles and apparels, say stakeholders.

Speaking on the side-lines of an Agoa brainstorming and exhibition event in Kampala recently, Ms Anne Kalinzi, the Managing Director of Tooro Gallery, a consolidator of home décor and handcraft products destined for the US market, said she was learning about Agoa  for the first time.

“For years I have been exporting to the United States under the General System of Preferences and did not encounter any problems. This is because the impression we got about Agoa was that it was about textiles, so we thought it was better suited for countries like Kenya. The community needs to understand what Agoa is, there is a need for sensitisation,” she says.

As a consolidator of home décor Ms Kalinzi has had to overcome other challenges such as mobilising sufficient quantities of a consistent quality to meet orders. That has had a knock-on effect on how much Uganda has been earning from Agoa exports.

According to data from a 2016 report by the office of the United States Trade Representative, in 2001, the first full year of Agoa, exports under the scheme reached $8.2 billion, peaking at $66.3 billion in 2008. Combined with exports under the Generalised System of Preferences, the 39 eligible Sub-Saharan Africa countries sold goods worth 23.5 billion to the US during the first year of Agoa, reaching a peak of $82.2 billion in 2008.

“Ugandan producers have challenges in fulfilling customer orders in terms of quantities and consistence of product,” he says citing cases where exporters have sometimes failed to deliver orders that are tied to seasonal cycles on time. 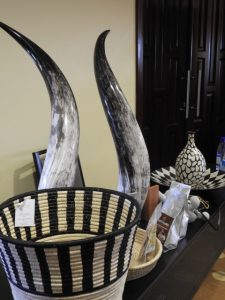 Grace Angela Kirabo, the executive director of the Textile Development Agency partly blames the quality problems producers are facing on the general attitude to vocational education. “Ugandans have a negative attitude to education that involves hands-on skills and often take it as a last resort. This has created a shortage of the competencies that would support production of exports under Agoa that do not rely on automation,” she says.

While capital is often brought up as a challenge, Kaggwa says there are many buyers willing to pre-finance orders but Ugandans have largely failed the integrity test, failing to fulfil orders and deliver in time.

“I think there is also a need for government to support Agoa producer’s participation in relevant trade exhibitions so that they can gain visibility and interact more directly with the market. International trade also requires tactics, something that can be addressed by posting qualified commercial attaches in export markets,” he adds.

While acknowledging that Uganda could have done better, Ms Susan Muwhezi, the Senior Presidential Advisor on Agoa, says a number of factors have affected Uganda’s performance not least of them the nature of what Uganda exports. According to her, initial constraints in the infrastructure and energy sectors put off potential investors in large-scale production. The initial five-year round of Agoa and uncertainties over renewal, were too short to attract FDI to the cotton and apparel sector.

“Lack of value addition has been a hindrance but I still think we could have done more if we had adopted a more coordinated approach to the market. We have now corrected that and have developed a national strategy that identifies focus areas in terms of the products where we have a comparative advantage that we can support and export in large quantities,” she says.

Developed with the support of the East Africa Trade and Investment Hub, the strategy that will be launched later this, identifies cut flowers, fresh water fish, textiles and apparel, footwear, home decor and specialty food products such shear nut butter, vanilla, sesame  and processed coffee for development into flagship products.

According to Ms Muwhezi although the reasons for Uganda’s uneven performance had more to do with what she has exported under Agoa. The programme’s initial short shelf life of just five years mostly worked for those countries that already had an established production base.

“Whereas countries such as Kenya had long-established export processing zones, for Uganda the short shelf life that the programme was initially given, made it difficult to attract the FDI that would have helped us ramp up,” she explains. 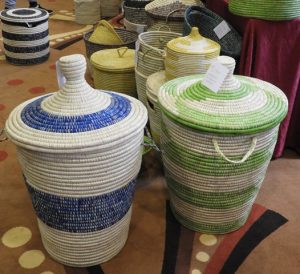 It also has something to do with what a country exports. For instance countries such as Kenya, Mauritius and Ethiopia which have a big apparel industry have reaped more by driving volume. On the other hand are also countries such as South Africa which exported goods worth nearly $10 billion in 2008 under Agoa, Nigeria $38.2 billion and Angola $18.7 billion because of the dominance of oil and high value manufactured goods such automobiles in their exports.

Coupled with a shallow manufacturing base, was a critical infrastructure shortage in areas such as energy, which imposed a high production cost. Uganda suffered crippling power shortages between the mid 1990’s and 2011 as demand for electricity overtook supply. Prolonged power outages were common, putting off potential investors. The first attempt at apparel manufacture ended in failure when the foreign partner ran out of capital.

With bad roads and a non-functional rail system, the input and output costs for landlocked Uganda disadvantaged her.

Garments and apparel are seen as low hanging fruit because they can easily drive volume according to Ms. Muwhezi. In their absence, crafts and home decor products have dominated Uganda exports. This was also partly caused by capital constraints, lack of industrial hubs that supported other industries and a tax policy that did not spare intermediate goods that were imported as raw materials. 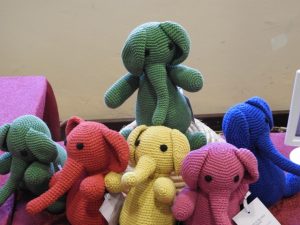 Agrobased exports have also been hampered by infrastructural deficits. For instance until recently, there were no labs in the country to test agricultural exports for compliance with phytosanitary standards. Firms also lacked the resources to secure international certification of their production systems.

“Our numbers recently improved because we now have two big apparel manufacturers. Nytil Southern Range is manufacturing for export while Fine Spinners is now converting Ugandan cotton into finished apparel ready for export. If we can have more cottage industries setting up, we can catch up with the rest,” she says.

Avoiding information overload in the age of Zoom