November 2—Infrastructure is crucial to Africa’s growth prospects. It’s also hard to get right. Until now, […]

November 2—Infrastructure is crucial to Africa’s growth prospects. It’s also hard to get right. Until now, policy makers have focused on improving access to finance. But a consensus is developing globally that a major factor hindering infrastructure implementation is a lack of good governance and well-planned projects writes Chris Heathcote. 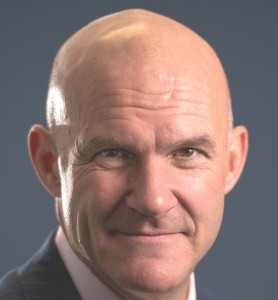 Heathcote says access to modern transport across Africa has declined over the past 20 years.

This is a topic that deservedly takes centre-stage this week as representatives from 27 African governments, the global private sector, multilateral institutions, and other development partners gather in Cape Town to participate in the region’s first roundtable on the governance of infrastructure hosted by the Development Bank of Southern Africa (DBSA).

This is the first in a series of roundtables being delivered by the World Bank, OECD, GI Hub and other partners, which aim to help countries move towards infrastructure planning and governance frameworks that facilitate inclusive and sustainable investment decisions.

There’s certainly no denying the need for infrastructure development on the continent, as has been emphasised during the course of Germany’s G20 Compact with Africa initiative. In Sub-Saharan Africa, only 35% of the population has access to electricity. Access to modern transport has declined in the region over the past 20 years, and 23% of the population still lacks access to safe water.

Against this background, it’s understandable that the investment focus over the past 10 years has been on utilities and trying to improve access to electricity and water. For some countries this is a significant challenge. Ethiopia, for example, needs to spend 20% of its GDP to meet its electricity Sustainable Development Goals (SDGs) and another nearly seven percent to meet its water SDGs.

That’s a major chunk of its GDP, particularly when you compare that the average investment in all infrastructure in Latin America stands at about 5.5 percent. Ethiopia is not unique and such cases point to a significant underinvestment in economic infrastructure such as ports, airports and roads across Africa. And that’s before you factor in investment in ‘softer’ forms of infrastructure like the roll-out of telecoms and broadband internet access which are also crucial for economic growth.

This is why governance, rather than development finance, is the primary focus of this roundtable. Of course, finance is vital. Without it, infrastructure development would not be possible. But there’s a growing realisation globally and in Africa that if you get the governance aspects right, the finance will follow. Get it wrong and the investment will dry up.

Getting the governance right also allows for efficient and disciplined planning, which is crucial if a proposed infrastructure project is to be sustainable and contribute to growth and lift people out of poverty.

A 2014 study by the International Monetary Fund (IMF) found that increased public infrastructure investment raises output in the short term by boosting demand and in the long term by raising the economy’s productive capacity.

More specifically, the study found that an increase of one percentage point of GDP in investment spending raises the level of output by about 0.4 percent in the same year and by 1.5 percent four years after the increase. In addition, the boost to GDP a country gets from increasing public infrastructure investment offsets the rise in debt, so that the public debt-to-GDP ratio does not rise.

In other words, investment in public infrastructure can pay for itself and more, but only if it’s done correctly. That’s a big if. We’re all familiar with projects that have turned into white elephants, beset with fraud, waste, and inefficiencies.

Infrastructure is a very powerful engine of economic growth, but only if it’s an economically crucial piece of infrastructure created as part of carefully thought out development plan. If not, a country risks falling into the trap of building infrastructure that does not create growth and which it can’t afford to maintain, which then falls into disrepair. This is known as the ‘build, neglect, rebuild cycle’.

It’s why when canny investors, whether they be multi-lateral institutions or private sector players, look at markets they want to understand why a particular piece of infrastructure is necessary, what revenue it will it drive and whether it is affordable. They know it can only be affordable if it’s driving growth by one means or another.

This is also why corruption is such a hinderance to economic growth. Consider those IMF multiplier figures again. If you assume that corruption adds a 40% ‘inefficiency premium’ to a project, then any multiplier effect evaporates. Instead, the project becomes a drag on the economy.

We at GI Hub have found that public-private partnerships (PPPs) can play a valuable role in combatting corruption by encouraging transparency regarding bidding and payments. Where we see countries improving in terms of their corruption indexes, we quite often see PPPs being used to overcome that corruption and to improve levels of transparency.

Which brings us back to the crucial importance of the rule of law. Investors want to know what legal frameworks exist and whether they are being fairy applied and in a timely manner. Kenya is one of the examples in our InfraCompass study of a country which used PPP laws to increase transparency and to show its willingness to run clean bidding processes.

It’s thanks to this and other success stories that the perception of Africa as a hotbed of corruption is changing. You’re seeing investors like Meridiam Infrastructure increasingly targeting Africa as an investment destination. The question is no longer whether to invest in Africa, but which countries in Africa will be most likely to stand behind the sort of long-term contracts investors are interested in and have the economic plan to create and maintain the stability they require. 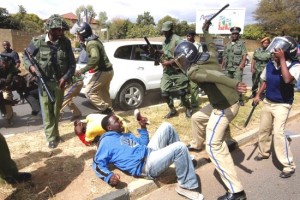 Not the kind of picture that helps to change negative perceptions about African governance.

There’s investment going into countries like Morocco, Gambia, Nigeria, Kenya and South Africa – the latter of which has been an investment destination for some time. As this level of investment grows, it will create the precedents that will encourage other countries to clean up their acts and become stable, positive partners to investors and, hopefully, move more countries into that elite group of investment countries.

By showcasing these positive examples, and providing practical support at the political and bureaucratic levels, this roundtable is intended to help speed up the transition for more African countries to better infrastructure governance models.