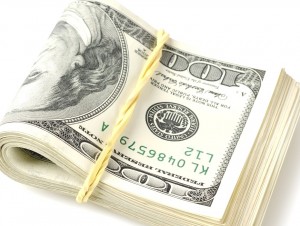 May 11, 2018—As of May 8 this year, there were 100 High Net Worth Individuals (HNWI) in Uganda and since July 2015, some of these wealthy people have cumulatively paid UGX40 billion (about $10 million) in taxes compared to the UGX19 billion recorded in three years ago.

HNWIs are catered for by a well-funded unit in the Uganda Revenue Authority (URA) composed of eight select people including a supervisor and a Manager who oversees specific assignments.

By the end of this June, URA is expected to collect for the government some UGX15 trillion ($4 billion). This has brought into question the relatively small contribution by HNWIs and the capacity of the URA to unearth their hidden stash.  Unlike most workers in formal employment, who are taxed at source, the wealthy have the advantage of paying others to help them keep as much of their income as possible.

But while figures show returns from VAT doubling, the wealthy have also felt the financial pinch during the last two years as reflected in income tax and rental tax returns which remain flat. Other sources say they have learnt new ways to hide their money, but VAT is a difficult tax to dodge.

When the issue of susceptibility to bribery and collusion came up, a top URA official told 256BN, “The staff within the unit have been proven to portray excellent communication and interpersonal skills, great team work, a high level of integrity during the execution of their assignments and are known to having mastered the art of respect in all aspects of life,” he said.

But with the government pressing URA to widen the tax net and meet revenue targets, this same unit is constantly looking out for flamboyant big spenders, usually found in the society pages of newspapers, who pay little or no personal income tax (PIT).

Part of the reason behind a recent controversial proposal to allow URA access to some bank accounts was due to suspicions that many well-heeled people are dodging taxes. The suggestion was thrown out in outrage, but the showy lifestyles of some Ugandans continues to raise plenty of eyebrows at Nakawa where URA has its headquarters.

Sources say income tax is one of the most equitable forms of taxation, but the wealthy are also the most likely people to dodge it or find ways to substantially reduce their liability by hiring expensive accounting firms.

URA officials told 256BN classification of a HNWI comes in several ways. For instance, anyone owning and driving a car valued at $142,858 or well over UGX 500 million is an instant candidate, as is also someone whose total volume of bank transactions tops $1 million in a year. Around the world most HNWIs are classified having $1 million in cash. 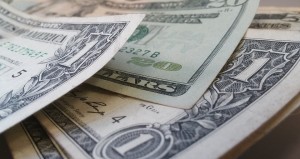 But wealth has its privileges and these people are handled in a manner different from ordinary Ugandans so as to encourage them to pay up. A source from the unit told 256BN, “They are very receptive because of the approaches that we use; call them and send emails to secure meetings with them in regard to tax matters, educate them on their rights and obligations, avail our office contacts and emails in case of any clarifications needed for close follow up,” he said.

Closely related to HNWI is another category of several hundred VIPs. “VIPS are very influential persons that need continuous reminders and special treatment in order to meet their tax obligations because of their busy schedules. These include religious and traditional leaders, state ministers and cabinet ministers, influential persons in society and in the corporate world,” the source said.

However when pressed on the habit of VIPs to resist paying taxes, the same source said, “It affects service delivery. To a small extent that’s why we endeavour to carry out sensitizations to the VIPs (politicians) to enlighten them so that they are our ambassadors in their constituencies to minimize the resistance or any intimidation that may arise since most of these Bills are passed in Parliament.”

Other financial thresholds that can place you in Uganda’s HNWI category are land transactions of $285,715 in five years; generated rental income above $142,858 in a year and imports of exceeding $142,858 in a year. If you happen to be a shareholder in a company whose turnover is above $14.3 million you also become a person of interest to the Unit.

Researchers, Jalia Kangave, Susan Nakato, Ronald Waiswa, Milly Nalukwago and Patrick Lumala  Zzimbe said earlier this year in a report that wealthy individuals in Uganda contribute very little to personal income tax (PIT). In FY 2013/2014, for example, only 5 pc of the directors of the top taxpaying companies were paying PIT.

Similarly, a sample of the top 60 lawyers in the country revealed that less than a third of them were remitting PIT for the period between FY 2011/2012 and FY 2013/2014. There was also a mismatch between the payment of import duties and compliance with income tax obligations.

Some individuals were paying billions of Uganda shillings in import duty, but not paying income taxes. Lastly, an analysis of the compliance of 71 top government officials over the period 2011/2012 to 2013/2014 revealed that although all of them had stakes in commercial enterprises, the majority were not paying PIT. The companies that they were associated with were also not complying with their tax obligations.

In 2015, the URA established an HNWI unit as part of the Large Taxpayer Office (LTO) in the Domestic Taxes Department. To begin their work, officials in the unit generated a list of potential HNWIs, comprising directors of large companies under the LTO and individuals whose wealth was publicly known.

The list was scrutinised by top management in the Domestic Taxes Department, who made revisions on the basis of their knowledge. Since most of the individuals selected were not filing income tax returns, the URA did not at that point have records that it could use to ascertain the accuracy of the list. Similarly, it did not have formal criteria for defining HNWIs until recently.