November 20—There has been a 6% improvement in pay-as-you-earn (PAYE) performance during 2016/17 compared to the previous financial year as Uganda Revenue Authority (URA) named the top 25 most diligent institutions led by Bank of Uganda, Stanbic Bank Uganda, URA itself, Centenary Bank and Makerere University Council. 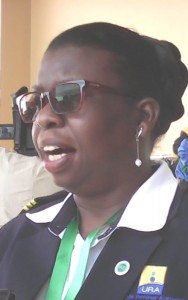 Akol said overall performance had improved by 6% compared to 2015/16.

“Because of the high compliance rate of these companies or employers, PAYE registered a growth of 6% as compared to the previous year 2015/16,”  Doris Akol, the URA Commissioner General said in a statement. The PAYE is paid by employees earning income above UGX235,000 (about $64  per month.

According to URA officials, PAYE contributes about 15% to total revenue collection. In the financial year 2016/17 this amounted to UGX 1.9 trillion.

Akol said, “I congratulate the following employers and their employees for excelling in meeting their tax obligations in the year 2016/2017. Thank you for paying your taxes.”