May 30, 2019 in Business, Communications, Companies by Editor 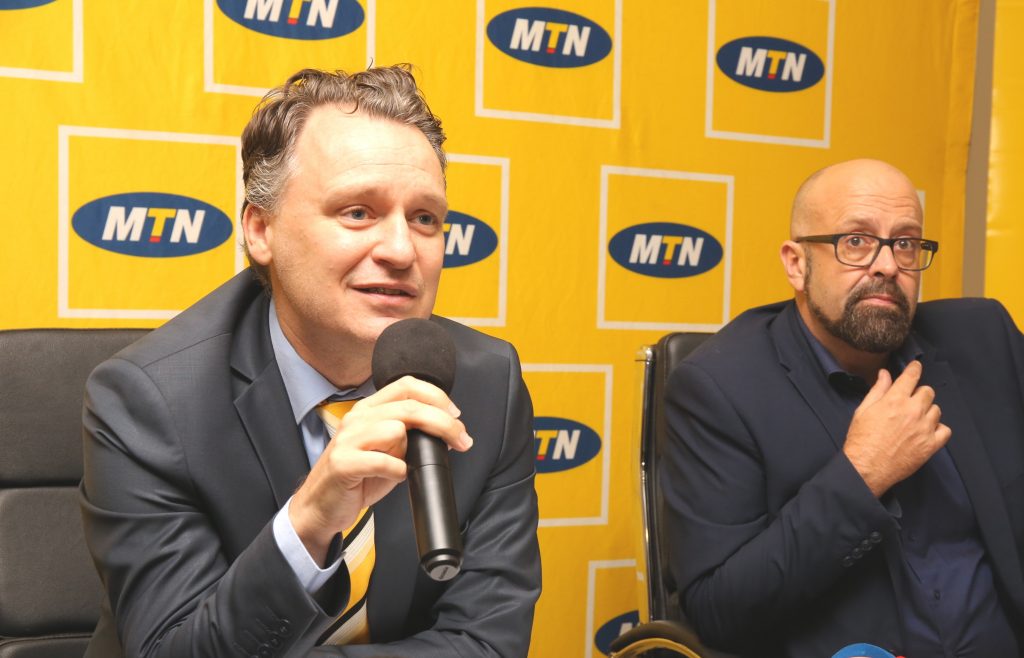 Vanhelleputte (left) was deported in February this year following accusations that he was a party to activities that put in jeopardy Uganda’s national security.

May 30—The government has back-tracked and cancelled a deportation order issued for Wim Vanhelleputte, who was […]

May 30—The government has back-tracked and cancelled a deportation order issued for Wim Vanhelleputte, who was at the time the Chief Executive Officer for MTN Uganda.

The Belgian national is scheduled to arrive at Entebbe International Airport this afternoon aboard a South African Airways flight from Johannesburg.

Vanhelleputte was deported in February this year following accusations that he was a party to activities that put in jeopardy Uganda’s national security.

During this interlude three other foreign top managers, including one Rwandan, were declared persona non grata.

In a letter dated May 29, to immigration authorities, Gen. Jeje Odongo, internal affairs minister said: ‘As you may be aware, H.E. The President of the Republic of Uganda pardoned the Chief Executive Officer of MTN Uganda Mr. Vanhelleputte Wim Joris J. This is therefore to direct that he is immediately removed from the Immigration Stop List and accordingly be allowed into the country’.

MTN Uganda is market leader for mobile network services. However its 2018 application to extend its operation license for another 10 years run into fierce headwinds. While the MTN Uganda management and the regulator bickered over the fee being asked, the government also queried why the company had not listed on the securities exchange after 20 years of relative financial success.

Recently President Museveni held another meeting within a period of two months with MTN Group CEO, Rob Shutter. Sources disclosed that Museveni conceded of being misled over the Vanhelleputte issue.

According to Odongo’s letter Vanhelleputte is to be handled as a VIP including being given access to the lounge at the airport.