May 30, 2018—Early this week, the South African Police Service issued a statement on their investigations […]

May 30, 2018—Early this week, the South African Police Service issued a statement on their investigations into an investment fraud related to an online company called Bitcaw Trading Company (BTC) following a loss of more than 1 billion rand (about $80 million). 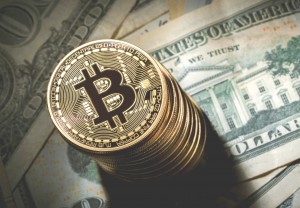 Investors were promised a monthly interest of 50% or 14% every week.

An estimated 28,000 people have been affected after BTC Global representatives made promises of investors earning 50% interest per month, 14% per week and 2% per day.

The police press release does not state that BTC is a cryptocurrency scam, but a website for the company with that name states that it is a bitcoin investment.

Last week, Uganda hosted Africa’s first block chain conference during which the issue of crytocurrencies such as Bitcoin became an issue of some contention. Prof. Emmanuel Tumusiime Mutebile, the Governor, Bank of Uganda did not mince his words when he advised Ugandans to shun crytocurrencies. However, President Yoweri Museveni felt it was something to look into.

A visit to the website shows a photo and an introduction: ‘My name is Andrew Caw, I’m the founder of BitCaw Trading. For the last three years I’ve been helping people create wealth through Bitcoin. If you’ve heard of Bitcoin, but don’t know how to get started you’ve come to the right place. If you’ve started but not sure you’re doing things securely and correctly you’re in the right place. My goal is to help people make money with Bitcoin’.

He then states: ‘All it takes is an EFT (electronic funds transfer) to get started and a secure wallet which we can help you setup. From that point on there is zero effort or time required’.

However he does add a small disclaimer after featuring two positive testimonials from clients, ‘Past performance is not a guarantee of future results. The growth indicated is simply the growth in the value of the Bitcoin held not an investment return’.

According to the statement, certain investors received payments, but at some point, the payments stopped. The payments allegedly were made each Monday.

Senior police officer, Yolisa Matakata, advised people who made investments in the scheme to contact the police. He said the losses identified to date could be the “tip of the iceberg” and that thousands more individuals could have lost funds. The current scam serves as a reminder that non-regulated investments, be they domestic or foreign, carry high risks and investors could sacrifice their savings and pensions.

BTC Global was launched on September 25, 2017 by a trader named Steven Twain, and it was accused of being a scam from the start.

Investors initially received dividends, but in February this year, Twain was no longer heard from, resulting in the launch of an investigation. Police spokesperson Captain Lloyd Ramovha said in March he could not say whether BTC Global is a Ponzi scheme, but that it was under investigation for violating the country’s Financial Advisory and Intermediary Services Act.