KAMPALA, APRIL8- Rwanda’s liberal visa policy spurred her past rivals to win the  bid to host […] 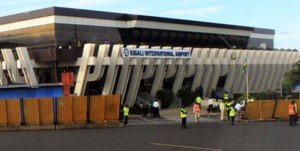 KAMPALA, APRIL8- Rwanda’s liberal visa policy spurred her past rivals to win the  bid to host the second edition of the Aviation Africa due in February 2017.

Among winning points for Kigali was security and Rwanda’s long held open visa policy for all African and international visitors as well as operating a visa-on-arrival service that will ensure participants from both within Africa and beyond will enjoy hassle free access to the conference.

According to IATA’s latest forecast Rwanda is one of the 10 African countries who’s aviation market is expected to grow by 7-8 per cent each year on average over the next 20 years, doubling in size each decade. The World Bank in 2015 voted Rwanda 46th in the world and 2nd in Africa after Mauritius as best countries to do business in.

Coming as the sequel to the first edition that was held in Dubai last May to an audience of 400 delegates and 40 exhibitors, AVIATION AFRICA 2017 will be the second event in the Aviation Africa series, say conveners Times Aerospace Events in partnership with Aerocomm Ltd and Access Group.

The two day event that will take place at the Kigali Serena Hotel on 22 and 23 February 2017 will focus on all aspects of the aviation industry including MRO (Maintenance, Repair and Overhaul), Business Aviation, Defence and Commercial aviation.

“We are really pleased to host our next Aviation Africa in Kigali,” said Alan Peaford, Conference Organiser and Chairman,” adding “ We have visited Kigalion a number of occasions and are not only impressed by the investment thegovernment is making in their aviation industry but also in the country asa whole.  The city is safe, progressive and growing quickly and we know that Aviation Africa will develop along with it.”

Peaford says Rwanda’s strategic geographic location, large investment in tourism and hospitality and high levels of security could even see the numbers of delegates and exhibitors surpass the first event which was held in May 2015 in Dubai.

The Rwanda Development Board, Akagera Aviation and Kigali Serena Hotel, and the Rwandan government through the Ministry of Infrastructure, the Rwanda Civil Aviation Authority and Rwanda Air have partnered to ensure a successful event.