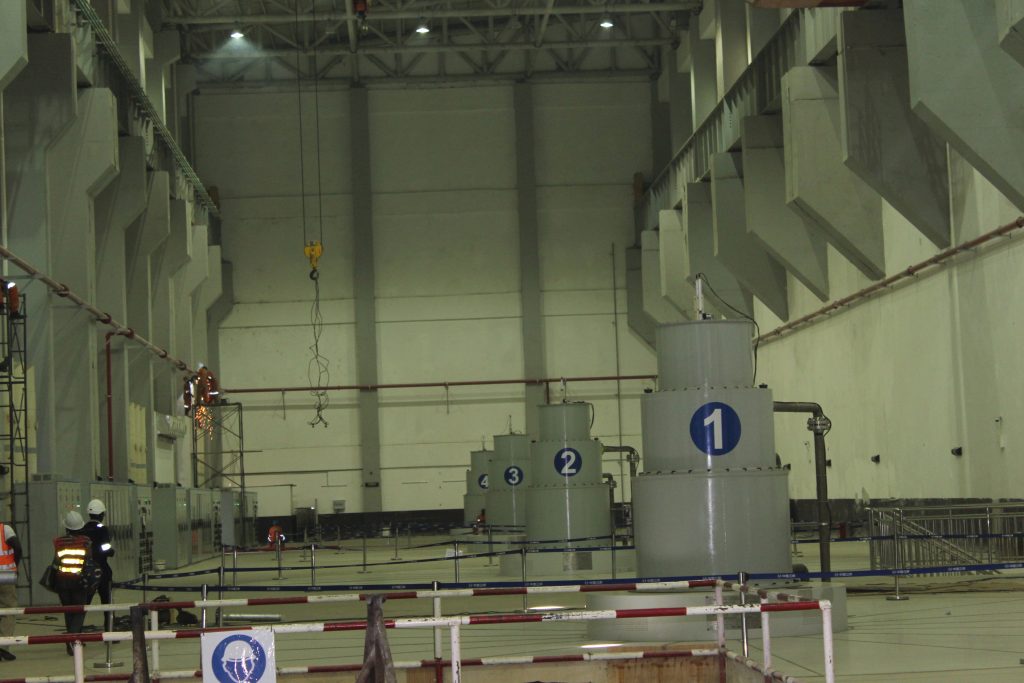 Reliability tests under which  each of the four generation units has been run continuously for 28 days are complete and engineers are now running the power plant at different output configurations. The power station has been supplying an average of 122MW daily from three turbines with one held in reserve. The full Kaplan turbine blades can be adjusted to output power as demanded.

The fourth in a cascade of five power stations the upper reaches of the White Nile, Isimba is just over 30 kilometres downstream of the  250MW privately developed Bujagali power station.

Output from Isimba, alongside a 600MW sister power plant that is still under construction at Karuma is expected to dilute the high consumer tariffs currently in excess of ten cents for domestic consumers and 5.3 cents for industrial users.

President Museveni is targeting a commercial tariff of 5 cents but the efforts have been stymied by the high input tariff from Bujagali which peaked at 13 cents/Kwh. A renegotiation of the loan tenure to brought the tariff down to 9cents but Museveni who wants it reduced further has proposed buying out the private investors whose concession still has another 16 years to go.

Isimba, and Karuma which opens later this year will bring installed capacity along the Nile to 1413 Mw creating a surplus of nearly 800MW.

The government has recently launched a drive to connect another 300,000 rural users to the grid but experts say industrial consumption needs to ramp up to maximise utilisation.