July 9, 2018—Barclays Africa Group Limited is officially changing its name to Absa Group Limited on Wednesday July 11, signifying the complete retreat of UK-based Barclays Plc from the African market after an extended pare down of its former majority stake to the South African financial services group. Barclays’ share is now less than 15%. 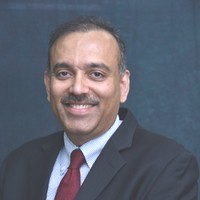 Jha will be giving the Ugandan perspective to the new changes during mid-week in Kampala.

In 2013, Absa was transformed into Barclays Africa after Barclays Plc in London, (which has had a presence in Africa since 1925), bought a 62.3 pc controlling stake in Absa. However in early 2016, Jes Staley, the Barclays Plc CEO, said the bank wants to concentrate on the UK and American markets, but other quarters said the move was to reduce further risk amidst losses in the banks’ investment arm, Barclays Capital.

‘With a 14.9 pc shareholding in Barclays Africa Group Limited, Barclays Plc is no longer the majority shareholder. However they do still have a stake in the business and remain a partner committed to the success of the group,’ statement from the Group read in part last year after these planned changes were announced.

According to media reports in Johannesburg late last week, Absa will now once again become an African financial group, and will be showcasing new branding across the group, including the soon to be renamed Barclays Bank Uganda. Chief executive officer,  Rakesh Jha, will be giving the Ugandan perspective of what is install when he hosts the media in midweek in Kampala.

Together with Stanbic Bank Uganda, this Wednesday change will confirm that the South Africans are now in the driving seat of Uganda’s financial market with two subsidiaries ranking in the top five. At UGX7.8 trillion ($2 billion) their assets together in 2017 almost equal the combined assets of Dfcu Bank, Centenary Bank and Standard Chartered Bank Uganda at UGX8.2 trillion ($2.1 billion).