As Uganda sets about buying aircraft for Uganda Airlines and parliament shouts itself hoarse over the Ushs6 billion oil case handshake, here is a guide about the maximum prices one should expect if an Airbus fleet is selected during the course of the year. 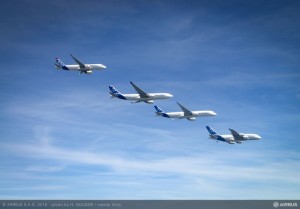 Toulouse, 11th January 2017 – Airbus has increased the average list prices of its aircraft by one percent across the product line, effective from January 1st 2017. This price increase has been calculated according to Airbus’ standard escalation formula over the January 2016 to January 2017 period and takes into account the materials and commodities prices.