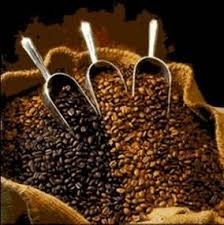 KAMPALA, JULY 27 – Uganda could derive more benefits from progressively raising the quality of locally manufactured goods than a rushed signing up to international trade pacts where she is ill-positioned to compete, say the leaders of two trade lobbies.

Speaking on the proposed EAC-EU Economic Partnership Agreement representatives from the local office of the Southern and Eastern Africa Trade Information and Negotiations Institute (SEATINI) and the Uganda Exports Promotion Board (UEPB argued that promoting high domestic manufacturing standards would provide the building blocks on which Uganda’s exports would meet the stringent quality parameters demanded under international trade agreements. Signing up to the EPA in the current situation would amount to Uganda opening up her market to European exports with minimal reciprocal benefits because its exports would still run into quality bars.

“Uganda and other partner states should first assess the implication of the EPA on EAC economies and regional integration process, otherwise we risk turning the country into a supermarket of sorts for developed countries’ products. This will impede our development as locally manufactured goods may find it hard to get takers amidst goods and products from developed countries,” said Jane Nalunga the Uganda Country Director for Seatini.

Alongside Tanzania, Uganda recently scuttled the EU’s proposed Economic Partnership Agreement with the East African Community bloc when they refused to sign up. The EPA would replace the nearly four decades old African, Caribbean and Pacific agreement under which member countries enjoyed preferential access to EU markets.

In theory, signing up to EPAs would open and provide unlimited access to EU markets for Ugandan products. But Uganda’s capacity to consummate the agreement is doubtable since its performance even under the current trade regime has been below potential.

Uganda’s exports to Europe accounted for $503 million of the $2.73 billion earned from exports during 2015. Distilled down to exports to the EU, the number drops significantly as non-EU members such as Turkey and other non-member countries have been growing in prominence.  In contrast, the East African Community grouping fetched $ 1.022 billion making it the number one export destination for Ugandan products.

Nalunga further warns that consenting to the EU-EAC-EPA before resolving the issue of the standards of local products, would lock the country into being an exporter of agriculture raw materials further hindering the development of local manufacturing capacity.

“We should aspire to get the best deal if we are to agree to this partnership because there is no charity in trade negotiations and a country gets what it negotiates and not what it deserves,” she said.

Brenda Katarikawe, a Senior Export Marketing Executive with the Uganda Export Promotions Board said complying with regional standards requirements was already helping Uganda raise the quality of her products. “Because different markets have different standard requirements before certain products are allowed into those markets, our exports to the regional markets have had to meet the required market standards. The National Bureau of Standards is proactively working to ensure that the quality of Ugandan goods is internationally competitive,” she said.