April 6, 2018—Uganda’s current population growth rate at about 3% is more than double the world […]

April 6, 2018—Uganda’s current population growth rate at about 3% is more than double the world average and the government is drafting a new policy that reflects the realities in which half the people are aged between 15 and 65 amidst rising pressure on the available public services. 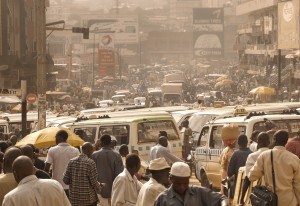 Uganda faces a serious problem of high numbers of unemployed and underemployed youth who drift into the informal sector.

“We have started working on the policy and we expect the new one to be in place with in period of six months from now because the population council has commenced holding stakeholders meeting which are essential in getting stakeholders views,” Dr. Jotham Musinguzi, the Director General of the National Population Council said in mid-week.

At an estimated 40 million people, Uganda faces a serious problem of high numbers of unemployed and underemployed youth most of whom find themselves in the informal sector of the economy due to limited opportunities.

He said the population policy of 2008 is outdated and cannot help the government in effective planning for the growing population. Musunguzi was speaking during a corporate breakfast meeting for its partners as the Council also launched the World Population Day activities for the year 2018.

He said Uganda has signed many international, regional and continental declarations, but implementations cannot be effective under the current National Population Policy.

“The new policy will be in line with the country’s National Development Plan which is good, because it will enable the government to source for resources to fund sectors that matter to its population. The new documents will address the challenges and gaps identified during the implementation of the old policy of 2008 which among other things included availing resources for evidence-based development,” he said

United Nations Population Fund Country Representative in Uganda,   Alain Sibenaler said, “Without a proper national policy government cannot plan for its growing population we need a policy which is up to date.   This not only helps the government in planning, but also the development partners.”