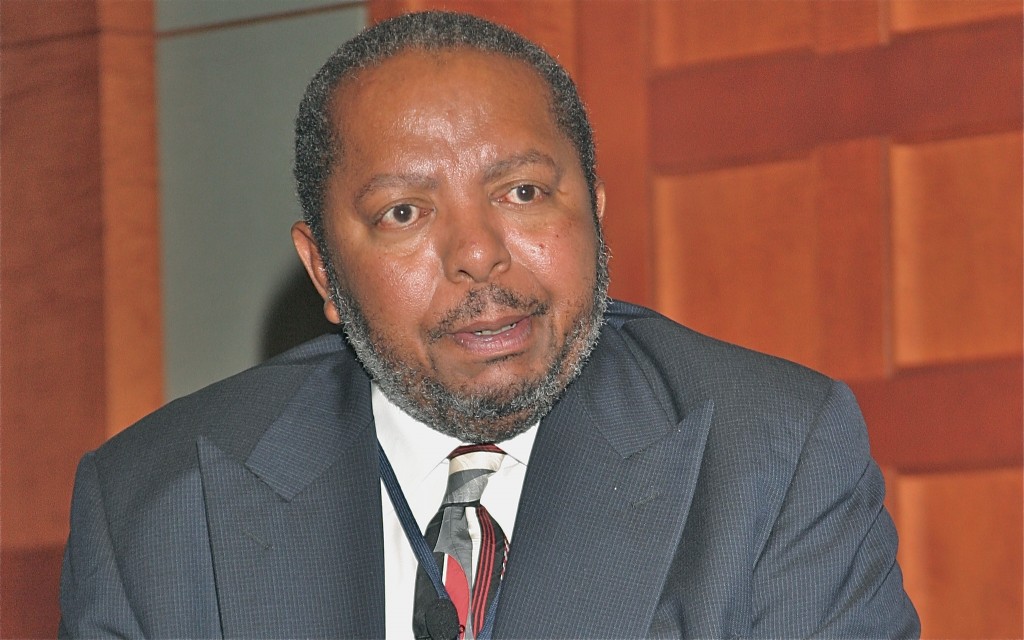 Michael Wakabi Emmanuel Tumusiime-Mutebile, the celebrated central banker who passed on in a Nairobi hospital today, […]

Emmanuel Tumusiime-Mutebile, the celebrated central banker who passed on in a Nairobi hospital today, was a titan of his time who is largely credited with shepherding Uganda through punishing reforms to return the economy to a positive growth trajectory. He was born in Kigezi, western Uganda on January 27, 1949.

For nearly four decades, he towered over Uganda’s economy, crafting economic strategy or superintending it. An exponent of free market economics, his views were often at odds with political expediency. While at the Ministry of Finance, in the mid-nineties, Mutebile was finally able to sever President Museveni’s socialist inclinations, giving teeth to a stalled economic restructuring program. Brokered by the IMF and the World Bank, halfhearted implementation of the program, which involved divestiture by the state from business, slashing the public wage bill through layoffs and freeing the exchange rate; had stunted potential for nearly a decade.

Working as Secretary to the Treasury alongside like-minded compatriots like former finance minister Gerald Ssendaula, Mutebile oversaw a dizzying, high stakes restructuring of the Ugandan economy that claimed the scalps of indigenous banking, liberalised telecoms and made the economy attractive to foreign capital between 1995 and 2000.

When he took to the helm at the Bank of Uganda in 2001, it was an opportunity for him to push through a monetary policy he had long believed would be necessary to bringing price stability to the economy.  Although it was somewhat undermined by the government’s appetite for donor money which often exerted pressure on the exchange rate, Mutebile’s inflation targeting, under which he set the upper limit at 5pc, ensured there would be real returns on savings and investments in government paper, which in turn attracted offshore funds into Uganda’s bonds market.

He was vindicated when the Ugandan economy managed to weather several episodes of regional and global economic turbulence. The 2008 global financial crisis hit returns on Uganda’s external reserves as interest rates went south. Yet the Ugandan economy remained among the few that were less affected by the crisis. Mutebile was confident in the stance he adopted at the bank, because he was aware that Uganda’s limited integration into the international economy, would dampen any after effects from the crisis. Many times, against popular sentiment, he maintained an exchange rate that kept Uganda’s exports competitive without hurting the supply side of the economy.

Mutebile breathed, lived and drank economics. He was a forceful character who tried to assert the independence of the central bank, in a way that perhaps no one else might be able to do in the near future. In his prime, conscious of the governance shortfalls in Uganda, he was able to stave off reckless policies by the executive, such as the plan to print currency and security paper domestically. In tandem with his declining health, those plans have now gained traction.

Keen observers might have noticed that all was not well with Mutebile, when his signature began to show wild variations. Every year, the gap between the specimen of his signature on the  national the currency and on the annual licences awarded to financial institutions, grew so wide until kit was barely recognisable. Internally, the bank responded to this by ensuring that documents he signed would only be considered valid if they were witnessed by two other officials.

Further signs of his failing health manifested in recent times when the bank got embroiled in several scandals. That was the period when ill health had forced him to work half days – either in the morning or afternoons.

At a personal level, he was an affable gentleman. From a distance, he perfected a veneer of aloofness that could put off the faint-hearted. Yet once you broke through the veil, you discovered a jocular individual with an abundant sense of humour. His reputation as a lover of partying and fine scotch preceded him. Sometime during the early 2000’s, as I booked a hotel for an event where we had invited him as chief guest, the hotel manager asked me if I had provided for my Chief guest’s preferred drink in the menu. “He only drinks Chivas Regal. That has to be there if you really want him to socialize after the event,” I was advised. That would add another USD100 to my budget. My dilemma was resolved when his handlers informed me that he would pick the tab for his drink.

Born on the cusp of the 1950’s in humble circumstances in the then Kigezi district, Mutebile like many of his contemporaries made the best of a functional education system to equip himself for the roles he would later play in service to his country.

His undergraduate studies at Makerere University were interrupted when he had to flee the country after he made a public statement opposing the expulsion of Asians from Uganda by President Idi Amin. He was able to complete his studies at Durham University where he graduated with an upper second Bachelors of Science in Economics and Politics. He followed this with a Master of Science in Economics at the University of Oxford.

After a two-decade tenure at the central bank, Mutebile leaves behind outsize boots for whoever will succeed him. He combined an astute understanding of economics with a firmness of character, which allowed him to chart a sensible course between political imperatives and sound economics.

Mutebile’s convictions and view of the central bank’s role in Uganda’s economy are summed up in a brief message in “The Golden Odyssey,” the bank’s golden jubilee commemorative publication where in a single sentence, he shared his perception of the central bank’s overarching duty. “As we embark on the next fifty years, I wish to pledge that the Bank will remain committed to fostering price stability and a sound financial system in the service of our nation.”