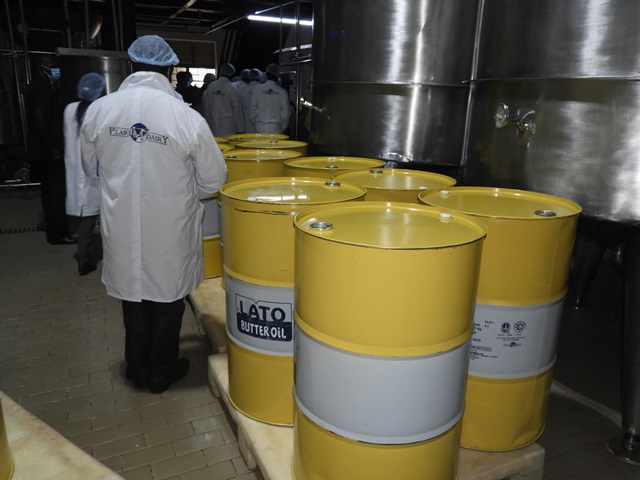 Michael Wakabi For the umpteenth time, Kenya and Uganda will in April meet in Kampala to […]

For the umpteenth time, Kenya and Uganda will in April meet in Kampala to try and resolve their tit-for-tat trade politics that have had a devastating effect on manufacturers and consumers. For years, Kenya had been throwing hurdles in the way of Ugandan manufactured output into its market. Uganda retaliated by imposing a 12pc duty on processed Kenyan fruit juices and pharmaceutical products, putting them at a disadvantage on retailers’ shelves.

In the past two years Kenya turned the screws, throwing various barriers in the way of Ugandan sugar and dairy products. Besides a comparative advantage because of scale and natural factors such as soils and climate, Ugandan enjoys a competitive advantage over Kenya because of a weaker currency. Even at the same cost base, with the Kenyan shilling trading at one to thirty Ugandan shillings, goods sourced from Uganda will always be cheaper for Kenyan consumers.

Tariffs come in handy in such situations but there is a cost to them. All over the world, protecting jobs and strategic sectors of the economy, is the most common reason advanced to justify restriction of competitors access to domestic markets. It is the reason Trump gave for his moves against China and it is the same justification used when the East African Community imposed a 75pc common external tariff (CET) on imported rice just under two decades ago.

With a few exceptions, member states such as Uganda, did not have a rice sector to protect although with focused interventions, the country had the potential to be self-sufficient in rice. So, what is the status a decade and half later?

The immediate effect of the CET was actually to raise the price of rice more than three-fold for Ugandan consumers. In the absence of a robust local supply, the higher prices for imported rice simply set a benchmark for the commodity. With such high prices, local producers had no incentive to expand since they could make a handsome profit off small volumes. And the local industry was so sensitive that they did not even want cheaper rice from Tanzania coming in. Just like Kenya and Tanzania suspected Uganda of importing and repackaging sugar and powdered milk, Uganda suspected its southern neighbour of repackaging imported rice and passing it off as its own. Never mind that a significant portion of so-called Tanzanian rice was actually planted by Ugandan entrepreneurs who rented land in Tanzania to take advantage first of the better natural conditions for growing rice there and second, the promise of an open regional market.

The standoff over rice created a lucrative black market for smuggled rice, sustaining the high prices for the commodity in Uganda. Prices have stabilized only recently after Uganda opened its market to Tanzanian rice.

In short, it is Ugandan consumers that have paid the hefty price of market protection by their government. The same can be said of Kenyan consumers paying for the inefficiency of their dairy sector when cheaper products by Uganda’s Pearl Dairy Farms are blocked.

The same is true of processed fruit juices. The price advantage between locally produced and Kenyan juices is negligible. But that does not mean that Ugandan processors are making a kill. The cost of packaging, which incidentally is supplied by Kenya based Tetrapak, makes up more than half the retail price of Ugandan processed products. Clearly therefore, the answer to competition with Kenya would be domesticate packaging, not tariffs against Kenyan juice.

Some commentators have argued that Ugandan dairy processors should focus on growing the domestic market instead of premising their business case on export markets. While that would be a good thing, the fact is that since the commencement of the East African Common Market in 2010, markets among the partner states are technically domestic. Selling milk to Kenya and vice-versa therefore represent the movement of goods and capital in a single market. The only distortion are the multiple currencies that confer advantages and disadvantages depending on where the goods are destined.

And that should be the focus of regional leaders. The current trade disputes, simply highlight the need to move faster on implementing the pending milestones of economic integration. In the protocols, the framers of EAC integration saw it as a vehicle for faster economic growth and development across the board.

If the partner states can move on actualizing the above and allow markets to determine investor choices, most of the issues eating up bureaucratic time, can actually resolve themselves.