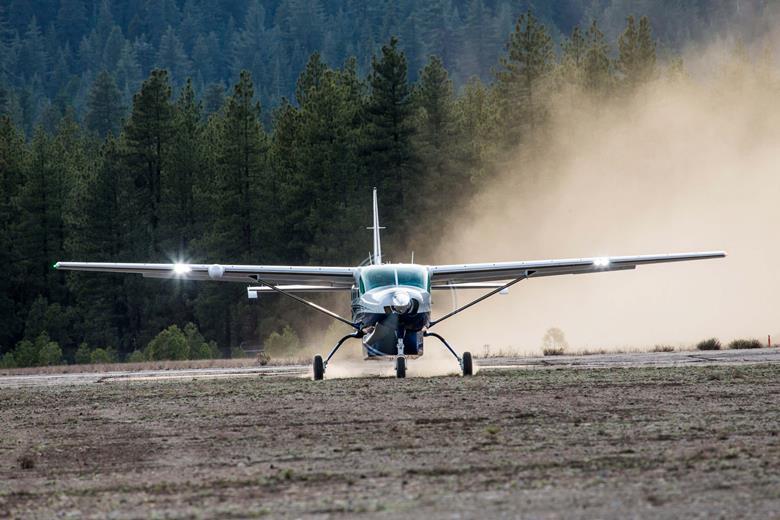 Textron Aviation has been awarded a contract for two special-mission Cessna Grand Caravan EX aircraft for the Rwandan army.

The contract comes from ATI Engineering Services, an aircraft modification specialist, and is funded via the US government, Textron said on 11 August. The aircraft are to support the African Partnership Flight initiative, a training and grant programme run by US Africa Command for the military services of African nations.

Textron claims the two Grand Caravan EXs will be the first fixed-wing aircraft in service with the Rwandan army. They are scheduled to enter service in the first half of 2021 and are planned to be based in Kigali, the capital of Rwanda.

Africa is playing an increasingly important role on the geopolitical stage. While the continent continues to struggle to throw off Islamist rebellions and other lingering civil wars, its economies are rapidly developing, making the region strategically important for the USA, Russia and China.

The US government has funded the acquisition of 14 Grand Caravan EX aircraft via the Foreign Military Sales process for Cameroon, Chad, Kenya, Mali, Mauritania, Niger and Uganda, says Textron.

The single-engined turboprop Grand Caravan EX is a civilian utility aircraft typically used for passenger transport or cargo work. The aircraft has a strutted, high wing and is able to land on rough dirt runways.

“The Grand Caravan EX serves an enduring mission by providing transport, reconnaissance, and medical evacuation operations throughout Africa,” says Bob Gibbs, vice-president of special mission sales for Textron Aviation. “The aircraft is engineered for challenging missions, high payloads and short, rough runways while delivering single-engine economy and simplicity. It is a perfect match for this mission throughout the US Africa Command area of responsibility.”