US bans flights over western Libya as battle for Tripoli intensifies 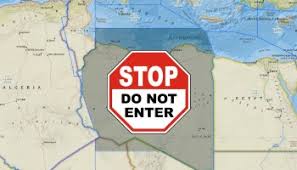 The United States Federal Aviation Administration FAA, has banned operators of US registered aircraft from operating […]

The United States Federal Aviation Administration FAA, has banned operators of US registered aircraft from operating flights over western Libya due to the increased risk to aviation as a result of the ongoing conflict there.

This means operators will have to take longer routings as in order to avoid the proscribed airspace.

In an emergency directive issued through a notice to airmen NOTAM, on April 6, the FAA says as a result of tensions associated with the conflict between the Libya National Army  LSA, forces and the UN backed Government of National Accord GNA, for the control of the Libyan capital Tripoli there was a heightened risk to civil aviation.

“Both GNA and advancing LNA forces have access to advanced man portable air defense systems (MANPADS) and likely anti-aircraft artillery.  These ground-based weapon systems present a risk to aircraft, but only at altitudes below FL300 (30,000ft).  LNA forces have tactical aircraft capable of intercepting aircraft at altitudes at and above FL300 within the self-declared military zone in Western Libya, which may present an inadvertent risk to civil aviation operations in Western Libya.  While the LNA tactical aircraft threat is likely intended for GNA military aircraft, an inadvertent risk remains for civil aviation at all altitudes due to potential miscalculation or misidentification. This risk necessitates an all-altitude flight prohibition for the geographic area specified in this NOTAM” the FAA said its directive.

LNA has declared a military zone and is threatening to shoot down aircraft operating in Western Libya.

Although the FAA directive is specific to US registered airlines, all operators are likely to heed out of caution. The prohibited airspace stretches from all areas west of longitude 17 and latitude 29, until further notice.

The order is likely to affect all flights from central Europe to destinations in sub-Saharan Africa that how have to make costly detours.

As of 12.00 noon East African Time, the airspace over Libya was largely devoid of commercial aviation save for Air France 815 from Nairobi that was tracking a course west of Benghazi, the base of the LNA, but clearly to the east of contested Tripoli.