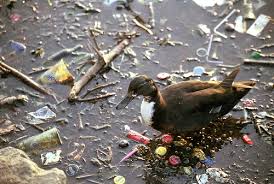 The worrying rise in the pollution of surface waters in Asia, Africa and Latin America also threatens to damage vital sources of food and harm the continents’ economies, says UN Environment in its latest report, Snapshot of the World’s Water Quality. By making access to quality water even more difficult, water pollution also threatens to breed further inequality, hitting the most vulnerable – women, children and the poor – the hardest.

Jacqueline McGlade, Chief Scientist of UN Environment, said, “The increasing amount of wastewater being dumped into our surface waters is deeply troubling. Access to quality water is essential for human health and human development. Both are at risk if we fail to stop the pollution.

“Luckily it is possible to begin restoring rivers that have already been heavily polluted and there is clearly still time to prevent even more rivers from becoming contaminated. It is vital the world works together to combat this growing menace.”

Population growth, increased economic activity, the expansion and intensification of agriculture, and an increase in the amount of untreated sewage discharged into rivers and lakes are the main reasons behind the troubling rise in surface water pollution in Asia, Africa and Latin America.

Pathogen pollution and organic pollution rose in more than 50 per cent of river stretches from 1990-2010 on all three continents, while salinity pollution has risen in nearly one third, the UN report finds.

In some countries, more than 90 per cent of the population relies on surface waters as their source of drinking water. These waters — which are also used to prepare food, to irrigate crops and for recreation — pose a major threat to human health when contaminated.

About 3.4 million people die each year from diseases associated with pathogens in water, like cholera, typhoid, infectious hepatitis, polio, cryptosporidiosis, ascariasis and diarrheal diseases. Many of these diseases are due to the presence of human waste in water.
UN Environment estimates that up to 25 million people are at risk of infection from these diseases in Latin America, up to 164 million in Africa and up to 134 million in Asia.

The solution is not only to build more sewers but to treat wastewater.

Severe organic pollution, which is caused when large amounts of decomposable organic compounds are released into water bodies, now affects around one out of every seven kilometres of all river stretches in Latin America, Africa and Asia. This type of pollution can lead to the complete deoxygenation of water bodies, posing a major threat to freshwater fisheries that provide humans with the sixth most important source of animal protein and, in developing countries, employ 21 million fishermen and create 38.5 million related jobs.

Severe and moderate salinity pollution already affects around one-tenth of all river stretches in Latin America, Africa and Asia. High salinity levels, which occur when humans dump salty wastewater from mines, irrigation systems and homes into rivers and lakes, make it even harder for the world’s poorest farmers to irrigate their crops. Salinity pollution has increased between 1990 and 2010 in almost one-third of all rivers on the three continents.

Agriculture has intensified and expanded as the world seeks to meet the growing food demands of a booming population. This has led to an increase in the amount of phosphorus from fertilizers and pesticides that pollute water bodies. The resulting eutrophication can lead to a boom in nuisance plants and algal blooms, as well as changes in ecosystem structure and fish species.

More than half of the total phosphorus loads in 23 out of 25 major lakes worldwide are from human sources – inorganic fertilizer, livestock waste, human sewage. Most of the major lakes in Latin America and Africa now have higher levels of phosphorus than in 1990.
Solutions to the water quality challenge

There is still time to tackle water pollution. Better water monitoring, especially in developing countries, is needed to understand the scale of the challenge around the world and to identify key hotspots. Once in-depth assessments have been done there are a raft of new and old methods that can help to reduce the pollution at source, treat polluted water before it enters water bodies, recycle wastewater for irrigation and protect ecosystems by, for example, restoring wetlands to remove pollutants from urban or agricultural run-off.

“There is no doubt that we have the tools needed to tackle this growing problem,” said McGlade. “It is now time to use these tools to combat what is slowly becoming one of the greatest threats to human health and development around the world.”