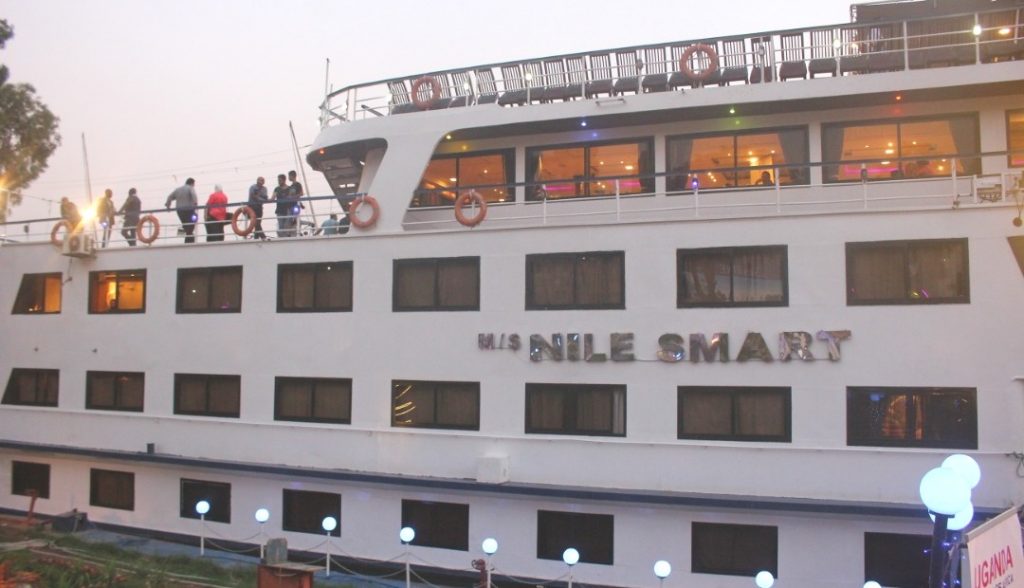 Dubbed ‘AFCON 2019 Ugandan Night on the Nile’, the cruise was aimed at showcasing Uganda’s unique attractions to Egyptians.

July 3—Ugandan tourism officials have taken advantage of the national team’s participation in the African Cup of Nations (AFCON), to promote the country’s natural attractions to potential Egyptian visitors.

The Uganda Cranes managed to survive the group stage and will play Senegal on Friday for a possible place in the quarter finals. The tournament ends with the finals on July 19.

On Tuesday evening, Uganda Tourism Board (UTB) and the Ugandan Embassy hosted about 200 outbound Egyptian Tour and Travel operators to a cruise aboard M/S Nile Smart Cruise on the River Nile.

Dubbed ‘AFCON 2019 Ugandan Night on the Nile’, the cruise was aimed at showcasing Uganda’s unique attractions, culture and cuisine to the Egyptian market and delegates from various countries attending the flagship football event.

UTB  board member, Eddie Kirya, told guests, “As you may all be aware, Uganda and Egypt share a longstanding relationship that has thrived for decades. We share the River Nile with Uganda having the Source. Today, we are here to showcase to you, several other tourist attractions that Uganda is well-known for. Currently we get an average of only 3500 Egyptian tourists and we are positive about the potential for these numbers to go up.”

“Like Egypt, Uganda has a unique culture with kingdoms spanning a history from hundreds of years. Ours is a unique Ugandan tale by a warm and welcoming people. We hope that you can come to Uganda to not only experience this, but our unique wildlife and the source of the River Nile,” Kirya said.

Stalls had been set up aboard, selling traditional and cultural Uganda merchandise. Maha Gamil, a renowned Egyptian painter was also there to showcase her canvas paintings of Uganda’s tourist attractions.

Ambassador Sam Male emphasized the significance of healthy bilateral relations as a key component to image building and luring as many tourists and investors to the country.

“I am happy that we have been able to host so many dignitaries to this Uganda Tourism Night. This is a very important step in opening up Uganda’s tourism potential to the Egyptian and continental market. We have several other opportunities that you can take advantage of in Uganda. My office is open to helping you in whatever way,” he said.

Egypt itself ranks as one of Africa’s top tourists destination with more than eight million visitors and revenues approaching nearly $12 billion in 2018 compared to Uganda’s estimated $1.4 billion.