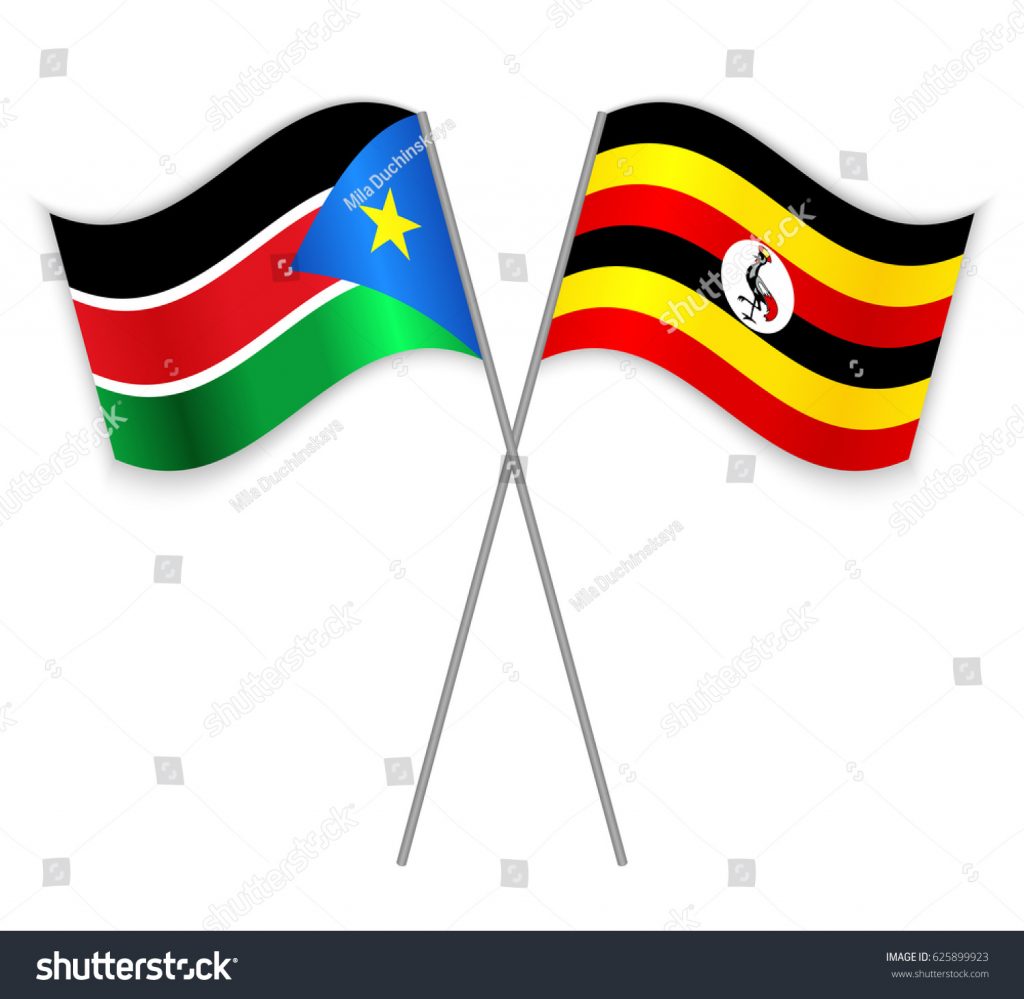 South Sudan has waived the requirement for entry visas for Ugandans travelling between the two countries, […]

A press statement by South Sudan’s Ministry of Foreign Affairs and International Cooperation dated October 1, says effective October4, all holders of valid Ugandan passports will not be required to secure visas for entry into South Sudan. The decision reciprocates Kampala’s, which last month announced the removal of visa requirements for citizens of South Sudan.

“In the principle of reciprocity the Government of the Republic of South Sudan has today directed the Ministry of Interior through its directorate of nationality, passports and immigration to waive entry visa requirements for citizens of Uganda holding valid passports issued by the Government of the Republic Uganda with effect from Monday, October4, 2021.

“All entry and exit points including our missions and embassies abroad are directed to comply with the directive,” reads part of the four paragraph statement.

Announcing a similar decision by Kampala last month, 2nd Deputy Premier and minister for Regional Cooperation, Rebecca Kadaga, had said South Sudan had up to a month to reciprocate before Uganda could decide to continue with or withdraw the concession. The move comes as a relief for thousands of Ugandans engaged in cross border trade between in South Sudan. More than 50,000 Ugandans are believed to be resident in South Sudan, mainly engaged in 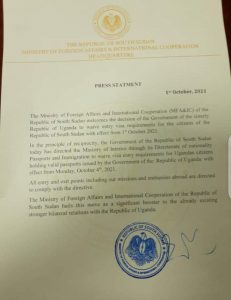