KAMPALA, MARCH 1- Uganda is set to get its largest solar power plant when Access Uganda […] 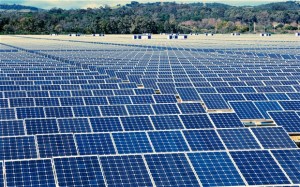 KAMPALA, MARCH 1- Uganda is set to get its largest solar power plant when Access Uganda Solar, a joint venture between Dubai based Access MEA and Luxemburg based Eren Renewable Energy (EREN RE), breaks the ground for a 10 megawatt photovoltaic power station is Soroti district later this month.

ERA officials were not immediately available to provide the plant’s exact location in Soroti but 256 Business News has learned that the facility which will serve 40,000 households will cost the partners $19 million.

The project which forms part of efforts by the Ugandan government to increase access to electricity while reducing the carbon footprint achieved financial closure in January and expects to begin supplying the national grid from July 2016.

Access Uganda signed a 20 year power purchase agreement with the Uganda Electricity Transmission Company limited and will supply the power at a feed-in tariff of 16.38 US cents per kilowatt hour although consumers will pay only 11 cents per kWh after the GET FiT programme offered to buy it down.

Spain’s TSK Group has been selected to build the plant that will have a design life of 30 years. According to information attributed to Access Solar, the plant has the capacity to expand by another 20 megawatts although it is not known at what point in time this would become necessary.

Some eighty to 100 households are expected to derive direct economic benefits from the project that will employ local labour during the construction phase.

Less than 20 percent of Uganda’s population is connected to the grid, a number that slips to less than 7 percent in rural areas.

Uganda has invested in two major hydro-power projects with a combined capacity of 783MW but though it has a higher unit cost, solar power is attractive because of its shorter gestation period.