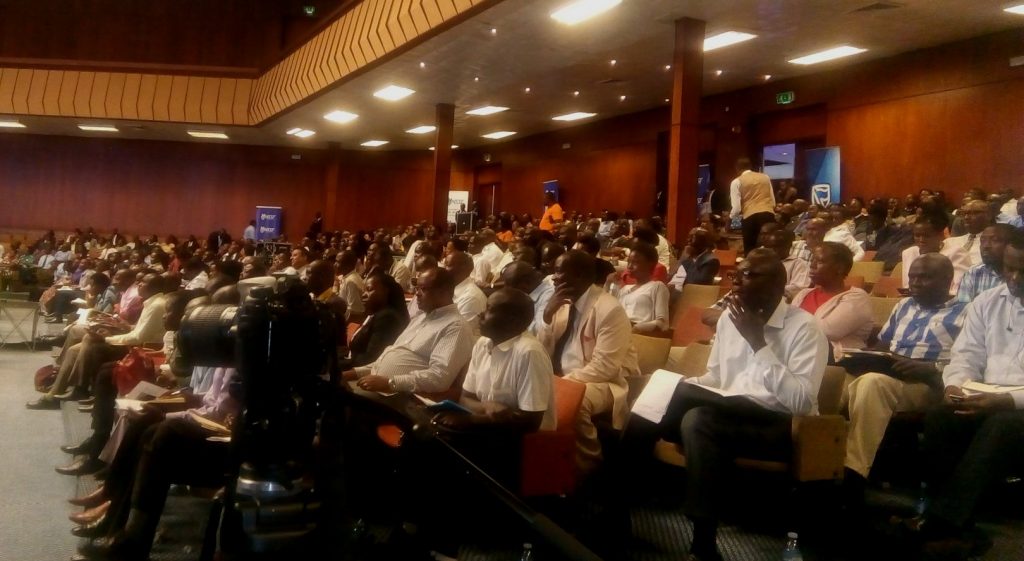 Byarugaba told the large gathering that attended the conference, most members want to access their money early, but without having a clear-cut plan for investment.

June 13—Savers with the National Social Security Fund (NSSF) have been advised to resist the temptation to cash out early, because it will adversely affect their final payment on retirement.

With assets approaching $2.7 billion, NSSF is a semi-autonomous entity into which currently about one million Ugandans pay into on a mandatory monthly basis. Their employers contribute a complementary 10 pc while employees put aside five percent.

According to research that was done by NSSF during 2017, 98 pc of the beneficiaries see their cash packages filtered away in the first two years of their retirement which makes their old age difficult.

NSSF managing director, Richard Byarugaba told a Money Talk conference organized by the Fund recently, “At 45 years, a person still has a lot of responsibilities like school fees, healthy bills and other non-profitable expenditures. These should be catered for by the 95 pc of your salary. The five percent of the money you save with NSSF is for your retirement.”

The conference was supported by Stanbic Bank that contributed over Shs50m, XENO Technologies and several other corporate bodies. Byarugaba said allowing savers to withdraw money at that age will be a disservice to them as the money will not fulfill its purpose of guaranteeing a comfortable retirement plan.

According to the amended NSSF Uganda Act, members are allowed to access their savings as early as 45 years of age instead of the previous 55. The NSSF covers all employers who have five or more employees between 16 and 55 years of age, with the exception of employees under the Government Pensions scheme. Last year, NSSF declared a record 15 pc interest rate for members savings.

Byarugaba told the large gathering that attended the conference, most members want to access their money early, but without having a clear-cut plan for investment. He said spending it now inevitably affects their future livelihood on top being probably unemployed.

Pius Muchiri, the Managing Director of Nabo Capital based in Kenya gave the key- note address. He said towards achieving financial freedom, Ugandans should focus more on creating investments that can offer them passive income instead of depending on active income from monthly salaries.

One percent of the richest people in the world do not depend on salaries to cater for their immediate needs. They have made investments that bring in money even without any input from the investors. These may include rentals dividends, capital markets shares, bonds among others,” he said

Keith Kalyegira, the Capital Markets Authority chief executive officer cautioned about fraudsters. He said people should always seek out the advice of professional financial advisers before they make any investment decisions

“There are investments that are high risk, but give higher returns while others are low risk, but give low returns. Making an investment decision varies depending on someone’s income and age,” he said