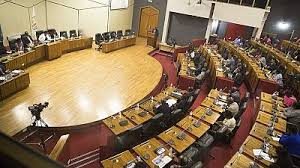 KIGALI, December 12- Rwandan legislators on Monday turned down a proposal by house leaders to go on a month long inspection tour of development projects, over concerns that the trip involving the entire roll of nearly 70 members would have set back the taxpayer nearly $240,000, the local New Times daily reported today.

Opposing the motion that had been moved by the Deputy Speaker responsible for Finance and Administration Mr. Abbas Mukama, legislators argued that there were less costly and more efficient ways of inspecting the projects than a mammoth month-long tour.

Legislators were also concerned that such expenditure would contradict the public policy of cutting down on wasteful travel.

“We cannot be seen to be undertaking highly costly domestic trips at a time the government is reducing on foreign trips in the spirit of ensuring value for money and efficiency,” argued Deputy Francesca Tengera as she shot down the motion.

According to The New Times, the proposal had been backed by both the Bureau of the lower house composed of the Speaker and her two deputies as well as the Conference of Chairpersons composed of both the Bureau and heads of all the Chamber of Deputies’ standing committees.

“It does not make sense to go on a tour of 30 days and use over Rwf200 million ($240,000) yet there are more efficient ways that can lead to better results,”Tengera argued.

Other legislators warned that parliament risked duplicating roles that were already being performed by other government agencies responsible for auditing the performance of those very projects reasoning that parliament’s primary role was to hold the executive to account if there was any instance of abuse but not to interfere with day to day execution by other public agencies.

Ms. Tengera suggested that it would be cheaper and more appropriate for the house to summon those directly responsible for the projects to answer for any shortfalls rather than spend stupendous amounts of money on a tour by parliament.

The Rwandan move stands in stark contrast to practice elsewhere in the region where legislators draw money to make foreign trips whose value to the public is questionable.