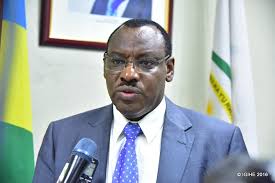 KIGALI, MAY 05 – Rwanda expects economic growth to rebound to 6.2 percent in 2017 after performing at 5.9 percent in 2016 on the back of increased economic activity as the global economy begins to recover from the commodity crash of 2015.

The budget deficit is also expected to narrow 1 percent in fiscal 2017/18 on a larger budget of $2.5 billion, $170.5 million up on the preceding year while inflation will edge up to 7percent owing to a lower than expected harvest and rising global fuel and food prices.

Domestic collections are projected at $1.7 billion as a result recruitment of more VAT eligible taxpayers and further sealing of loopholes.

National carrier Rwandair whose imports of a pair of Airbus A330 aircraft last year tilted the balance, has paused further aircraft acquisitions.

“In line with these policies, the overall fiscal deficit including grants will be maintained at 3½ to 4 percent of GDP during the 2017/18-2019/20 period, from 4.7 percent currently projected for 2016/17, and an average of 4½ percent during the four fiscal years before,” says Gatete.

He adds that Rwanda is working towards meeting EAC monetary policy convergence criteria that member states to hold the fiscal deficit at 3 percent of GDP starting 2022.