Qalaa reports loss for 2016 due to forex effect

May 25, 2017 in Business, Foreign News, Investment by Editor

May 25—Qalaa Holdings, formerly Citadel Capital, has reported a net loss after minority interest of UGX […] 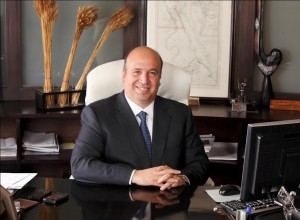 Heikal said the company has made great strides in re-shaping its business model as the Egyptian economy undergoes a turnaround.

Full-year and quarterly profitability were weighed down by foreign exchange losses totaling UGX 400,945 million in the fourth quarter of 2016 following the float of the Egyptian Pound in November 2016. This was a development that also drove up impairments and losses from discontinued operations including Rift Valley Railways (RVR).

Revenue growth in FY16 was largely driven by platform company TAQA Arabia, currently the largest private sector energy distribution company in Egypt, where it posted a 38% y-o-y growth in full-year revenues to UGX 6433,245 million and contributing 56% to Qalaa top-line growth in absolute value.

TAQA’s top-line growth reflects both improved operational performance as well as the effect of translating the BVI parent company’s US dollar denominated financials to Egyptian pounds (EGP) on Qalaa’s consolidated statements following the float of the Egyptian Pound by the Central Bank of Egypt (CBE) in November 2016.

“Over the past 12 months Qalaa has made very significant strides toward reshaping its business model and positioning itself for future growth as the economy prepares to enjoy a good multi-year run. Our top-line is already capturing the upside of the macroeconomic themes that are now coming to play with revenues up 25.0% y-o-y at the close of 2016,” Ahmed Heikal, the Qalaa Holdings Chairman and Founder said.

He said, “The steps taken by the Government of Egypt to fully embrace a reform program, including the float of the Egyptian Pound and the phase-out of energy subsidies, are exactly the policies we’ve been advocating for over a decade. And while the economic reform program has taken a short-term toll on bottom-line profitability for all businesses operating in Egypt, in the long haul it is set to benefit those who can deliver increased efficiency, exporters and producers of import substitutes, all of which are characteristics of our investment portfolio.”

At the EBITDA level Qalaa posted UGX 88,498.40 million in FY16, down only 2% y-o-y despite the significant pressures on its subsidiaries’ cost base. Meanwhile, on a quarterly basis the company’s EBITDA surged more than three-fold to UGX 24,015.85 million.

The significant increase in 4Q16 EBITDA comes on the back of several factors, namely improved performance at energy plays TAQA Arabia and Tawazon during the quarter as well as lower one-off Selling, General and Administrative Expenses (SG &A). In the fourth quarter of 2015, the company had booked UGX 13,408.85  in non-recurring SG&A — related to the advisory and legal fees for the multiple transactions concluded during the quarter — compared to UGX 4,222.79 million in the fourth quarter.

Qalaa recorded impairments of UGX 292,893.28 million in FY16, up 112.6% y-o-y, with UGX 2,053,749 million being related to Wafra, Qalaa’s agriculture business in Sudan the financials of which are translated from US dollars to EGP on Qalaa’s consolidated statements. Additionally, an impairment of UGX 38,025 million was booked at Grandview on the back of a downward asset revaluation; a goodwill impairment of UGX 647,220.24 million at Nile Logistics; and UGX 643,604 million in impairments at ASEC Cement’s Djelfa (Algeria Cement) related to goodwill and projects under construction.

Hisham El-Khazindar, Co-Founder and Managing Director said, “Qalaa Holdings stands today as a very different company than it did a few short years ago. We have continued to push forward with our divestment strategy as we seek to streamline and reshape our investments, concluding early this year exits from Tanmeyah and Misr Glass Manufacturing. This allowed us to deconsolidate and repay a portion of debt in 2016.” 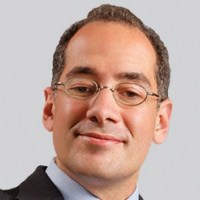 El–Khazindar said during 2017, Qalaa will move towards profitability.

El-Khazindar said,  “Now with ERC making progress toward completion and production earmarked for 2018; with TAQA Arabia and other subsidiaries continuing to deliver healthy top- and bottom-line growth; and with the macro trends moving decisively in our favor and foreign exchange losses now behind us, we are increasingly confident in our proven winners and look forward to a transformative 2017 that will bring us closer to the point of profitability.”