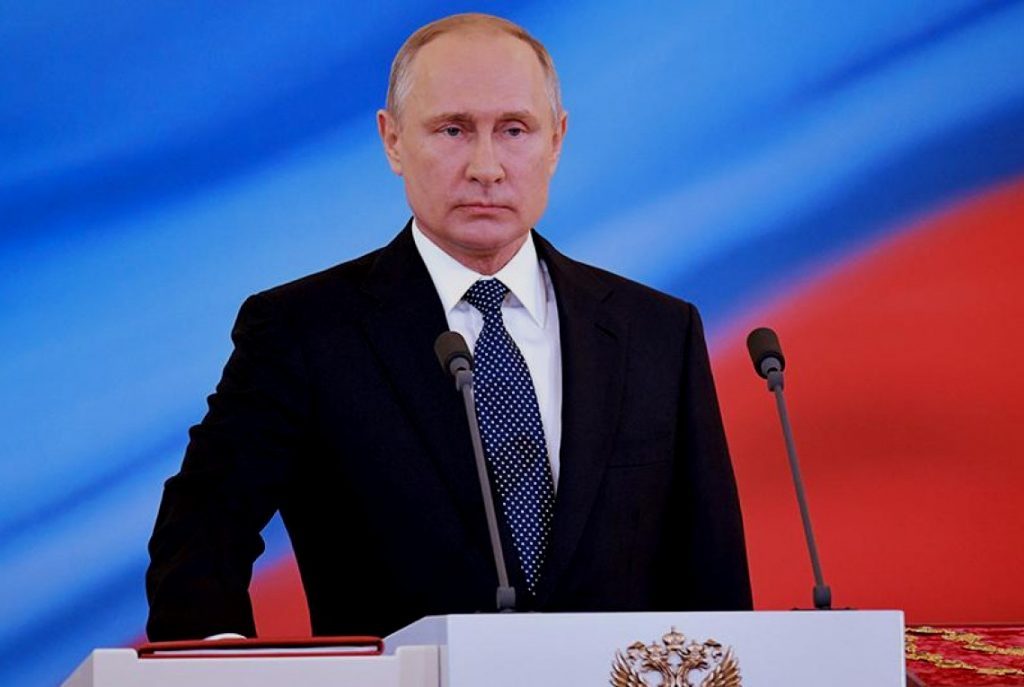 The organizers say the Summit is the first event of its kind in the history of Russian-African relations and will cement Putin as international player.

A host of African heads of state will be in Moscow during midweek at the invitation of President Vladimir Putin and his Egyptian counterpart, President Abdel Fatah al-Sisi, the current Chair of the African Union writes Mulinde Musoke.

During this inaugural Russia-Africa Summit between October 23 and 24, the Russian Federation government will probably not offer huge hard cash payouts, but the event will do wonders for everyone’s self-esteem in light of America First.

Against a backdrop of growing xenophobia, this charm offensive by Putin may unsettle some Western governments who seem to have run out of ideas themselves about how to help shape Africa’s future.

There was indignation across the continent, when in December 2018, the United States launched its new Africa strategy together with dire warnings to African governments not to do business with either China or Russia.

The obvious question then was: with Washington withdrawing into isolationism and a distrust of everything multilateralism, who did the Americans expect Africans to do business with?

As far as most African countries are concerned, the recently repackaged US Development Finance Corporation and its initial $60 billion in lending, remains largely on paper.

In spite of such initiatives as the African Growth and Opportunity Act (AGOA), China dislodged the US as Africa’s leading trading partner way back in 2009. Meanwhile, Russia remains the preferred source of military arms taking up nearly 30 pc of all sales to Africa and is now offering its expertise on developing nuclear energy.  Nearly a fifth of the world’s proven uranium deposits are found in South Africa, Niger and Namibia with new discoveries being made in the Central African Republic, Senegal and Uganda.

The US’s government’s Africa policy is floundering; undermined in part, by President Donald Trump himself, who in the past has not hidden his disdain for African governments. His off-the-cuff comments earlier this year about certain ‘holes’ did nothing to inspire much widespread confidence.

Since Russia is handicapped by a range of economic sanctions, Putin can easily play the card of fellow victim irrespective of the reasons why Russian troops moved into the Crimea. Russia was once a member of the exclusive G-8, before its suspension in 2014 led to eventual unilateral withdrawal in 2017. Another loss of face for the world’s biggest country.

On Monday, Putin told TASS, the state news agency, “We see how an array of Western countries resorting to pressure, intimidation and blackmail of sovereign African governments. They are using such methods to try to return lost influence and dominance in their former colonies in a new guise and rushing to pump out maximum profits and to exploit the continent.”

Sochi will host the Russia–Africa Economic Forum alongside the main Summit. At just over $200 billion annually, trade between China and Africa is ten times bigger than the estimated $20 billion Russia is recording.

Officially, the Forum will be a strategically important step towards creating favourable conditions for the development of trade and economic relations between Russia and Africa and will also diversify the forms and areas of Russian-African cooperation.

Unofficially, this is a chance for Russia to wobble the $20 trillion apple cart in which sub Saharan Africa’s’ share of world merchandise trade remains a miserable three percent. Particularly reminding Africans there are other options. It will also allow Putin to size up the various African leaders and ‘explore shared interests’ since he has made it clear he is embraces the principle of ‘African solutions for African problems’.

A significant set of trade, economic, and investment agreements are expected to be signed following the conclusion of the Forum.

The turnout should be close to full house. Most African leaders enjoy a good bash as long as there are no patronizing lectures about good governance and human rights. The Forum for China-Africa Cooperation is a particular favourite.

According to the organizers, the Summit is the first event of its kind in the history of Russian-African relations to which the head of every African state and the leaders of major regional associations and organizations have been invited.

The Summit plenary sessions will look to discuss a wide range of issues on the international agenda and to compare views on pressing issues of vital interest to Russia and Africa.

Under Putin, many Western governments have come to view Russia as a dangerous nuisance. It seems at every turn Moscow is bent on thwarting their good works around the world; a situation similar to the Cold War days. In the fierce rivalry to win hearts and minds, the West led by the US, dished out billions of dollars while the former USSR shipped out endless crates of AK47 assault rifles.

Russia has come late to hosting these summits, but its historical links to the continent go back more than half a century. Thousands of former African liberators have a sentimental attachment to the Moscow point of view.

As a former intelligence operative with the defunct KGB, Putin would have no trouble relating to those days or have any qualms adopting the same tactics if it advanced his agenda.

On the other hand, times have changed. Idealism has given way to accepting the economic realities that deliver prosperity. Balancing budgets and reining in runaway debt have become constant headaches. On top of that, African leaders are sitting on a powder keg of rapidly growing populations and a rising impatience to meet the aspirations of their people.

Unlike China, Russia cannot promise billions for new infrastructure and there are few if any African countries, that can afford the $10 billion price tag for a new nuclear reactor. The best we can expect is trade concessions, technical assistance and plenty of photo opportunities.

But again, in a room full of elephants, what Putin offers is a sympathetic ear and that is no small thing when you are the grass. All the more reason why the African Continental Free Trade Area must be made to work.