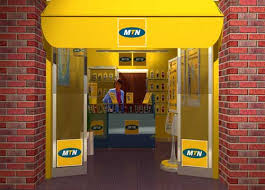 The Nigerian Communications Commission (NCC) today slashed $1.8 billion off the $5.2 billion fine imposed on South Africa headquartered telecom operator MTN but the company remained noncommittal over whether it would comply with the new directive.

The fine was imposed after the telecom giant failed to switch off 5.1 million unregistered SIM cards within the August deadline set by the regulator.

In statement today, MTN said the regulator had on December2 communicated a decision to reduce the fine imposed to US$3.4 billion.

“Shareholders are advised that, after further engagements with the Nigerian Authorities, the NCC has reduced the imposed fine.

“MTN has received a formal letter dated 2 December 2015 from the NCC informing the Company that, after considering the Company’s request, it has taken the decision to reduce the fine on the MTN Nigerian business from the original N 1,040,000,000,000 (One Trillion, Forty Billion Naira) to N674 Billion Naira which has to be paid by 31 December 2015,” the statement said.

It was not immediately clear if the Company would comply with the new directive. The statement indicated MTN was carefully considering the NCC’s reply, and the group Executive Chairman Phuthuma Nhleko was expected to re-engage with the Nigerian Authorities before responding formally.

“it is essential for the Company to follow due process to ensure the best outcome for the Company, its stakeholders and the Nigerian Authorities and accordingly all factors having a bearing on the situation will be thoroughly and carefully considered before the Company arrives at a final decision. Shareholders are therefore advised to continue to exercise caution when dealing in the Company’s securities until a further announcement is made,” the statement said.

MTN Nigeria subscriber numbers fell 0.5% to 62.5 million in the third quarter after the operator disconnected 5.1 million unregistered subscribers from the network at the end of August. The group however says 3.4 million of these subscribers have since been recovered.
MTN Uganda increased its subscriber base by 3.4% to 11.5 million over the same period. MTN operates in 22 markets across Africa and the Middle East totaling just over 233 million.
MTN faced fines on similar charges in its Ugandan operation but the matter was shelved after high level intervention.
Meanwhile the company has announced senior management changes in its Nigerian operation as it tries to deal with the prohibitive fine that saw MTN stock shed more than a quarter of their value on the Johannesburg Stock Exchange.

It says it has reviewed its operating structure with a view to strengthening operational oversight, leadership, governance and regulatory compliance across its 22 country operations in Africa and the Middle East.

“To this end, the Group has resolved to re-implement its previous reporting structure. This will see MTN Group restructured into three regions – namely West and Central Africa (“WECA”), South and East Africa (“SEA”), and Middle East and North Africa (“MENA”). MTN has also made a number of senior appointments to support this structure,” the statement said.

Two regional Vice Presidents (“VP”) have been appointed, also reporting to the Executive Chairman. The VP for WECA is Karl Toriola, with Ismail Jaroudi the VP for MENA. The VP for SEA will be announced soon.

In Lagos, MTN Nigeria’s CEO Michael Ikpoki and the head of Regulatory and Corporate Affairs Akinwale Goodluck have tendered their resignations with immediate effect.