More Highways and Flyovers Do Not Necessarily Solve Traffic Problems

December 20, 2018 in Columnists, Opinion by Editor 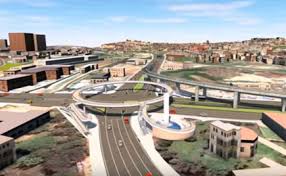 December 20, 2018 – Save for cosmetic and aesthetic purposes, both time and research have proved that more highways and flyovers do not necessarily solve traffic problems.

While “the modern city” is running away from flyovers for their proven inefficiency, it is exciting (for lack of a better word) to see Uganda embarking on the mistakes of developed cities instead of learning from them!

Before we dig in, it is important to understand that traffic congestion is a factor of ATTRACTION vs GENERATION. The traffic that congests the city, where does it come from? What is the point of generation?! What attracts that traffic to the city?!? Once you interplay generation and attraction perfectly, you’ll understand that flyovers are not necessarily the solution you are looking for.

You’ll understand that a perfect solution to traffic congestion thrives on moving the “attractions” closer to the “generation” point.

Why, for example, should a person who stays in Mukono drive through the city to take their child to a school in Bakuli?! Why should one drive from Kyengera, through the city, to eat a nice meal in Bugolobi? Real solutions rest in answering such questions but we shall get back to that later.

A 1998 Surface Transportation Policy Project titled “If you Build it, They Will Come: Why We Can’t Build Ourselves Out of Congestion” found that 90 percent of new urban roadways in America are overwhelmed within five years. Another study of 70 urban areas across 15 years concluded,”Metro areas that invested heavily in road capacity expansion fared no better in easing congestion than metro areas that did not. Trends in congestion show that areas that exhibited greater growth in lane capacity spent roughly $22 billion more on road construction than those that didn’t, yet ended up with slightly higher congestion costs per person, wasted fuel, and travel delay… On average the cost to relieve the congestion reported by TTI [Texas Transportation Institute] just by building roads could be thousands of dollars per family per year.”

This can also be said about our Kampala Northern Bypass project. All the traffic that conjests it today, where has it come from?!
Has ease been felt on other roads as a result of the bypass or has the bypass actually turned into a traffic magnet through opening up virgin land to new developments and as such, attracting more traffic?! You can think about the answers later.

Let’s take a step by step look at the proposed Kampala Flyover project:

1. It picks Traffic from the CBD and still dumps the Traffic slightly outside the CBD.
This means that in practical terms, the congestion actually remains and we simply carry it around on a more expensive road network.

2. On both ends, it touches down at some of Kampala’s most “Notorious” congestion hotspots and that means two things:

* At some point, the Flyover will remain redundant/unused when the Traffic it is supposed to receive is still held elsewhere.

* At other points it will be overwhelmed by Traffic inflow, since both of its touching points are known to receive huge volumes of Traffic.

Now, here are some of the solutions that “the modern city” is embarking on to reduce congestion:

Urban Traffic Management Control (UTMC) systems such as SCOOT can be very effective in maximising road capacity by varying the timing of traffic lights to match demand in real time. When lights are all co-ordinated responsively to demand, incidences of ‘blocking back’ (vehicles stuck in junctions) leading to gridlock can be minimised. Traffic planners can also prepare and model programs to cope with specific scenarios (such as an incident on an arterial road), which can then be loaded into the UTMC immediately they’re needed.

UTMC can help prioritise buses by synchronising light phases to the movements of buses. Modern systems can even see whether a bus is running on or behind schedule, and vary the amount of priority it gives accordingly (e.g. by limiting green time from cross roads).

The non-linearity of the relationship between traffic ‘flow’ and ‘delay’ means that relatively small reductions in flow (say 10-15%) can result in very large reductions in congestion.

Primarily by reversing the perception (partly class-related) that mass public transport is for the poor. In short, money spent on an expensive flyover project would do a good job in improving infrastructure to accommodate buses, embark on supporting bus service providers and mass sensitization on the benefits of the same.

Once a good public transport system is in place, create parking zones, in response to generation, at logical points outside town, where people can park their vehicles, board a bus and pick their vehicles on the way back home in the evening.

4. Improve cycling infrastructure
“Build it and they will come” is as true of cycle paths as of roads – as long as they provide a continuous connection between places that people want to travel between, without dangerous junctions or road crossings.

The keys to good design that is attractive to people of all ages and abilities are:
• Build protected cycle lanes, with as much separation as possible from busy roads and, where possible, from pedestrians

• Design segregated crossings at busy junctions, where potential conflicts between cars, cycles and pedestrians are reduced to a minimum

• Create and sign cut-throughs to create networks of quiet routes that connect up residential areas, schools, libraries, shops and other amenities

• Remove physical obstacles, especially if they require people to dismount. Many people with impaired mobility get around on bicycles and tricycles but are unable to negotiate steps.

Faster than most bus transit; faster than some personal car trips; cheaper than private car travel; riders can read, use laptops, or otherwise use time during travel; eliminates parking hassles; eliminates stress of highway commute; more space, ride comfort, reliability and safer than most alternatives, light rails are the way to go for “the modern city”

Additonally, it can be popular and politically attractive, but the cost is high and in most cases improving bus services will have a greater benefit than installing street-running trams.

• In existing urban areas, the space required will typically compromise the space available for other transport modes, including walking and cycling

• People travelling from beyond the tram network will still have to take a bus, and possibly change to the tram en route

• Rail has to avoid steep gradients and sharp bends, ruling out routes that buses can manage perfectly well

• Tram lines are a hazard to people cycling.
Rail-based transport is appropriate where:

• There is a need to move large volumes of people (in the order of 10,000 per hour) between major centres (e.g. a transport hub and the city centre)

In all, traffic congestion can only be tackled through a holistic (not piecemeal) plan that focuses more on balancing generation with attraction as well as attractive mass and green modes of transport! 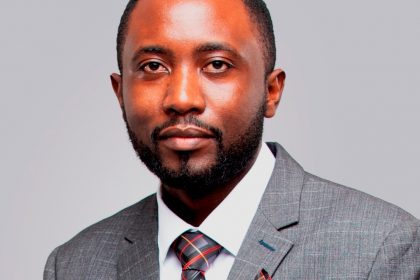