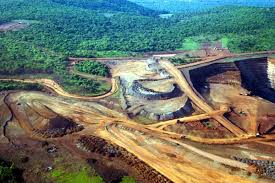 Australian mining companies are looking at avenues for a mutual resolution to a standoff with Tanzanian authorities – as both parties continue to lose money twelve months after operations were halted.

No company has spent any funds during the last 12 months following a complete halt of operations meaning loss of revenues for the companies and royalties by Tanzania.  It has also emerged that the country lost 6,000 mining experts, while hotels, services providers and those directly employed in the mining companies after they declared redundancies.

The companies’ are also racking up costs to maintain idle machinery while there is no return on capital invested prior to the ban on operations.

Tanzanian repossessed mining concessions in August 2017 and suspended all operations in the mining sector after it introduced new provisions in its mining act.

The new law limits the absolute ownership of mining rights by foreign companies and makes it mandatory for the state to own shares in any company involved in mining related activity. The new rules also require indigenous Tanzanian companies to have at least 5 percent equity participation in a mining company in addition to a free 16 percent government carried interest.

In addition, the new law also introduces taxes on imports of concentrates used by the mining companies. Industry players say this increases the cost of doing business because Tanzania does not produce the required concentrates.

“If operational costs are too high, the viability of the projects is impacted. A smaller share of the pie for the government would be better than none at all,” said Ben Gargett, a Partner at Pwc Australia during the Africa Downunder mining conference in Perth late August.

Unpredictable fiscal regimes and legislation emerged top of the list of bad mining investment environments during the conference. Taxation and fiscal settings have been a contentious issue across the world especially in emerging markets where regulations are still being developed.

“One of the things the Tanzanian government changed was the law related to tenure. Effectively, it has taken my asset off me and so I can now sue them at international court of law for loss of that asset because my company is registered in the UK and there is trade agreement between the UK and Tanzania…,” Ms Bronwyn Barnes, non-Executive chair at Indiana Resources told this writer.

Ms. Barnes says she had invested $40 million on the mining project that she no longer owns.

“I wrote to the government to translate it into a prospecting or exploration licence. We have complied with all the laws and all that the government asked for, now we want Tanzania to find solutions and quickly,” says Ms Barnes.

There are 200 Australian mining companies working across Africa but save for Botswana where rules appear clearer, the rest of the continent has issues ranging from corruption, poor infrastructure like roads, rail and reliable electricity, to low levels of technology and poor fiscal regimes.

‘Battle of the taxes’, a report published by Pwc in August  which compared Australia’s mining taxation regimes to Ghana’s, Tanzania’s, Namibia’s and Egypt’s in relation to impacts of tax settings and decisions to develop a new mine, scored Tanzania and Egypt at zero.

As the Tanzania standoff continues, other countries are moving to attract more capital into their mining sectors. South Africa for example plans to attract $100 billion into its mining sector according to minister, Gwede Mantashe.

“We want to lower the cost of doing business by reducing the cost of electricity and building railway transport that is efficient. If we can do that right, the mining industry will be on track again,” Mantashe told the conference.

Mr. Gargett argues that governments and the mining companies shared a common interest and need to work together on order to maximise benefits from the mining sector.

“While at time it can appear that the two parties are on opposite sides of the fence, there is no reason why governments and companies cannot work in tandem to drive improvements that provide benefits for both parties,” he says.