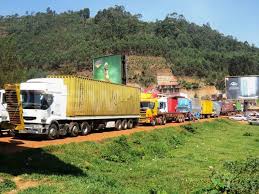 Rwanda’s President Paul Kagame today jetted into Tanzania for what is being described as a two-day bilateral visit but which observers are connecting to efforts to dial down escalating tensions between erstwhile allies Rwanda and Uganda.

A statement by Tanzania’s foreign ministry said Kagame was visiting at the invitation of President John Magufuli. In a hint at the simmering conflict between Uganda and Rwanda, the statement further said the two leaders would hold bilateral talks and discuss “issues around the East African Community.”

The two leaders were expected to hold closed door talks after which they would address media.

Tensions are running high in the region since February 28, after Rwanda unexpectedly imposed a partial shut down of its border to commercial traffic from Uganda, causing a pileup running back  for miles.

Initially attributed to the need to create room for expansion works at the main gateway between the two countries at Gatuna, Rwanda would later open up to accuse Uganda of mistreatment of its citizens and supporting President Kagame’s adversaries.

The border closure has inflicted mutual pain with Ugandan exporters counting losses from spoilt consignments while prices of commodities that typically come from Uganda were edging up in Rwanda.

Kigali has stopped its citizens from entering Uganda complicating life for desperate border communities that depend on Uganda for supplies of basic commodities and services such as education.

President Museveni has maintained a studious silence since the crisis tipped over. He has restrained his officials from commenting on the crisis in the media even as civic groups and parliament demand for an explanation.