September 14—Kenya is returning to the market forces of supply and demand in determining interest rates as the experiment with a regimented system has dried up credit and left business owners perplexed. 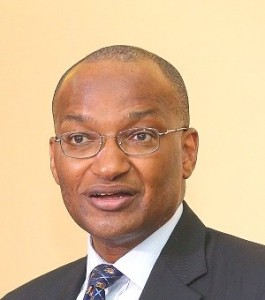 Dr. Njoroge said it is in the interest of Kenya and the CBK to reverse the present policy of capped rates.

Presently, lending rates are capped at 4 per cent above the Central Bank Benchmark Rate, but commercial banks have been wielding a sustained campaign to go back to how things were before.

During a news conference in mid-week, Dr Patrick Njoroge, the Governor of the Central Bank of Kenya (CBK), said, “It is in our interest as a country and CBK to work to reverse these measures and go back to a regime with freely determined interest rates, but in a disciplined environment,” he said.

This came after a meeting with a delegation local investors concerned about the dismal borrowing regime. The pressure to cap rates came about following public resentment at the way banks were making what was considered excessive profits. Politicians soon latched on to the  uproar and legislation was eventually passed.

“It is clear to us that this has been problematic in many ways. I can tell you the direction but I cannot tell you when,” Dr. Njoroge told the media. It will need another Act of Parliament to reverse the current law which came into being in August 2016.