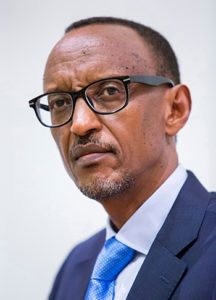 According to a release from the organisers, the award which will be presented to Kagame during the opening ceremony of the 2017 edition of the Worlds Travel Market at Excel, London, is in recognition of his “visionary leadership through a policy of reconciliation, sustainable tourism, wildlife conservation, and economic development attracting major hotel investment, resulting in the remarkable turnaround that has led to Rwanda’s rise as one of the leading tourism destinations in Africa today.”

Over the past decade and half, Rwanda has rapidly risen to become a global tourism player with the industry now ranked the top foreign exchange earner. Tourism revenues reached $404 million in 2016 from 1.3 million tourists. Arrivals grew 12 percent annually between 2010 and 2016 with sector growth projected to maintain a momentum of 15 percent per annum in the coming years.

More than $1 billion has been invested in tourism enablers such as RwandAir that now flies to 23 destinations and is set to launch a triweekly service to Brussels on October31.

In addition to the opening of the Kigali Convention Centre last year, which has positioned the country to compete favourably in the meetings and l conference segment, Rwanda this year also launched construction of a new airport at Bugesera, 25 kilometres south of the present site, to accommodate future growth.