January 30, 2019 – Simcards beyond the three allowed on a single network will go silent […] 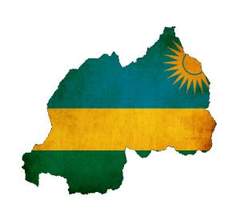 January 30, 2019 – Simcards beyond the three allowed on a single network will go silent in Rwanda tomorrow as the deadline set by regulator Rwanda Utilities Regulatory Authority RURA expires.

In SMS messages to subscribers on Rwanda telecom networks this week, RURA reminded subscribers of the impending January 31 deadline after which an individual can tag a maximum of only three telephones lines to their ID on a single network. With only two players offering voice left in the market after Airtel absorbed Tigo Rwanda, that means a maximum of six simcards for voice communication.

In messages that have been going out to telephone subscribers since the start of the year, RURA announced that holders of Rwandan national ID’s would be allowed a maximum of three lines registered to their cards from a single service provider while non-nationals would be allowed to register only one  to each network using their identity documents.

The rules kick into effect starting January 31, 2019, after which subscribers will be expected to surrender any surplus telephone lines associated with their ID’s.

256BN has learned that besides giving a more accurate picture of the actual number of subscribers, the rules are intended to weed out the practice of SIMBOXING which fraudsters have been using to terminate grey-traffic into the regional telecommunications network. Regional telecoms have for years decried the heavy losses they make when fraudsters who build racks of SIM cards registered to local mobile telephone networks, use them to terminate international traffic disguised as local traffic.

More significantly however, criminal elements such as terrorists and members of international trafficking networks, rent surplus sim cards from locals, to facilitate their communication and sometimes, identity theft.

The Rwandan action mimics similar moves in Kenya, Uganda and Tanzania. Uganda restricts to 8, the number of sim cards that can be registered to an individual while Kenya allows ten. By far the most stringent limit has been proposed by Tanzania which last year proposed rules that would restrict an individual to owning just a single a telephone registration.