KIGALI, MAY 18 -Mushimiyimana Ildephonse, a farmer in Ndera in rural Kigali offered a bribe of […] 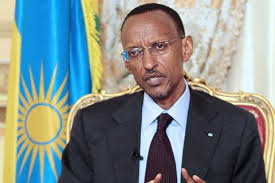 KIGALI, MAY 18 -Mushimiyimana Ildephonse, a farmer in Ndera in rural Kigali offered a bribe of 1000 Rwandan francs ($1.25) sometime in 2015. He was not so lucky. Arrested and prosecuted by agents of Rwanda’s office of The Ombudsman, Ildephonse is one of 131 people prosecuted and convicted for corruption during the third quarter of fiscal 2015/16.

“Corruption is corruption. No bribe is considered too small to be punished,” commented an official from the Ombudsman’s office who did not wish to be named.

Neither could he explain the variation is sentences such as that of Habyarimana Jean de Deu, in charge social affairs in Mugeyo, Rusororo also in Kigali who was handed a year jail term and a fine of Rwf 100,000 for receiving a bribe of Rwf 50,000. Or Mulisa Ernest, an employee of Airtel Rwanda who got 3 years and a fine of Rwf700,000 for giving a $54,000 bribe.

“I think it depends on the inclination of the judge and the mitigating circumstances. The law gives a minimum and maximum sentence and as long as whatever the judge decides is within the law, you cannot challenge that,” commented Robert, a student of law at University of Rwanda.

By law, the office of the ombudsman is required to publish the names of persons convicted of corruption after the appeal process has been exhausted.

The current list includes individuals who gave bribes as little as one or two thousand francs. Invariably, the offenders are mostly commoners with only 5 government officials listed among the 121 convicted. The majority of offenders are either farmers, drivers, reflecting the success of Rwanda’s efforts to eliminate corruption among public officials. Instructively also, giving, rather than receiving a bribe was the most common offence accounting for 122 of the 131 cases tried and convicted during the period.

Uwamungu JMV, a lawyer in Kigali who was sentenced to six years and a fine of Rwf 1, 175,000 for giving a Rwf235,000 bribe is the most prominent convict on the list.

Rwanda has adopted a policy of zero tolerance to corruption which, however small, it sees as a binding constraint to economic and social development.

The list of corruption convicts is published first, to alert government agencies when dealing with convicted individuals and second to act as a deterrent against the vice.