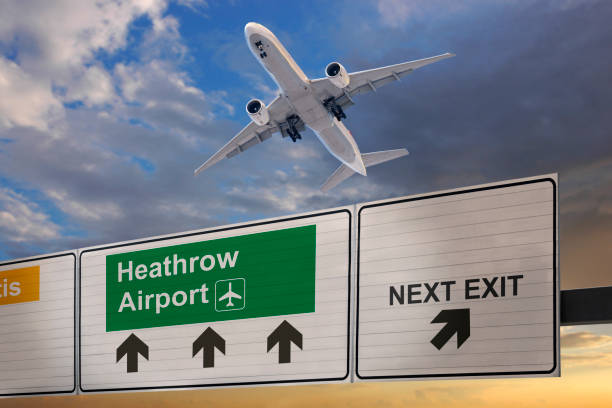 Road sign indicating the direction of Heathrow airport and a plane that just got up.

International airline lobby IATA, has lashed back at plans by the UK to increase Air Passenger […]

International airline lobby IATA, has lashed back at plans by the UK to increase Air Passenger Duty (APD), that could see long-distance travellers fork out as much as £91 on the upper end of the scale.

The Chancellor halved the duty payable by domestic passengers travelling economy class from £13 to £6.50. The applicable rates for international travellers will increase to £13 for journeys up to 2,000 miles, £87 for distances between 2,000-5,500 miles and £91 for journeys longer than 5,500 miles.

Responding to the proposal, IATA’s Director General, Willie Walsh, described the move as the epitome of political hypocrisy that ran counter to industry initiatives to go green.

“Masquerading this cash grab as a green tax the week before COP26 is the height of political hypocrisy that people are fed up with. Just two weeks ago the global airline sector committed to achieving net zero carbon emissions by 2050. The aim is to keep flying both affordable and make it sustainable. A tax hike does not help. We know that none of the billions of pounds collected will be directed to green investments,” Walsh said.

He also warned that the proposed APD would put a financial barrier between the UK and the world would hurt the UK’s competitiveness.

“The reduction in domestic APD tells us that the government understands the economic destruction that APD causes. It should apply this wisdom to international connectivity and aim to boost UK competitiveness by eliminating APD completely,” Walsh added.