Gold and silver will be the last ‘currencies’ standing 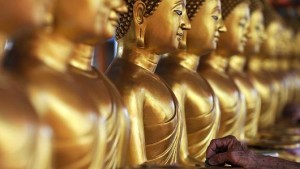 The era of modern day monetary omniscience is coming to an end. Look no further than the near 30-percent year-to-date rally in gold that has it sitting at 28-month highs and the almost 50-percent rise in silver this year to near two-year highs.

Look at gold as the anti-fiat currency. The one that can’t be manipulated, debased, and conjured up electronically at one’s whim. One has to actually dig it out from the ground. Thus, it is referred to as “precious” as there is a limited supply.

While all the gold that has ever been mined still exists, you can fit it all in two Olympic-size swimming pools. It is a rare commodity – actually, I’d rather refer to it as a currency. And rare is not something that can be said for the world’s paper currencies that have been and continue to be printed in the trillions.

What changed and why now?

After rallying for 12 straight years and peaking in September 2011 at around $1,900 per troy ounce, gold fell into a very lengthy bear market that I believe ended in December 2015 at $1,050. The trigger for the end of the bear and the onset of the bull I attribute to a few things.

First, we saw the slap in the face that some markets (particularly foreign exchange) gave the European Central Bank and the Bank of Japan in December and January when they seemed to have crossed the line in their monetary experiments. Second, slowing global economic growth and fear of everything has put off for possibly years the likelihood of another Federal Reserve rate hike.

On Dec. 3, the ECB cut its deposit rate by another 10 basis points to -0.3 percent but instead of falling further, the euro actually rallied and European stocks fell, led by bank stocks that suffer from negative interest rates. Not one to learn a lesson, the ECB cut this rate again by another 10 basis points in March and the euro continued to rally. This is important because a weaker currency is a desired transmission mechanism for easing monetary policy.

“We are truly living in a world of monetary mayhem where modern day central banking has embarked on an experiment that is now going haywire.”

The Bank of Japan in January took its first step in the negative interest rate world by cutting its benchmark rate to -0.1 percent and the yen since has rallied to 100 yen to the dollar from 120 yen to the dollar – the exact opposite of the BoJ plans.

The consequences are twofold: 1) Central bankers are beginning to lose control of the markets they are trying to influence and 2) Negative interest rates are a growing cancer on the global economy because it is an outright tax on capital, it is killing the European and Japanese banking systems and greatly damaging the existence of insurance companies and the return prospects of pension funds and savers. According to Fitch, we now have $11.7 trillion worth of negative yielding bonds.

What looks best against money that penalizes the holder? Gold and its little but more hyperactive sibling named silver. While yielding nothing and providing no cash flow, gold and silver are positive yielding assets compared to the penalty paid to holding trillions of dollars of negative yielding assets. We are truly living in a world of monetary mayhem where modern day central banking has embarked on an experiment that is now going haywire. I challenge anyone to find any section in any economic textbook that has ever been written in the history of the world that discusses the usefulness of negative interest rates. We are witnessing the culmination and likely end of the post 1971 global monetary regime when fiat currencies shed any and all ties to the price of gold. I am most confident that gold and silver will be the last currencies standing.

The secular bull market in both that began 15 years ago has resumed again after the 4 ½ year cyclical bear market and the behavior of central banks and what they are doing to their respective currencies is the main reason why. If I am correct, a new bull market usually takes assets to levels above the previous highs and thus I believe there is a further ways to go in the years to come.

Commentary by Peter Boockvar, the chief market analyst for the Lindsey Group and co-chief investment officer at Bookmark Advisors. Follow him on Twitter @pboockvar.