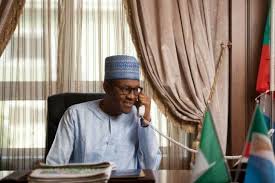 The National Bureau of Statistics of Nigeria [NBS] has done much harm to the tourism industry by undermining the contribution of the sector to the Gross Domestic Product [GDP] that ultimately led to the scrapping of the ministry.

NBS inability to use modern and internationally prescribed standards for measuring Nigeria’s travel and tourism contribution to GDP which has failed the sector over the years for limiting its tracking to mere accommodation and Food Services/ Arts, Entertainment and Recreation.

The ignorance of the statistics agency has denied an industry that is today the largest employer of labour in Nigeria, a well-earned pride of place.

The Bureau’s approach fails to capture International Conventions and Agreements of the United Nations Statistical Commission approved in 2000 neither has it used the Tourism Satellite Account [TSA] conceptual framework as a new international standard in measuring the sector’s contribution to the GDP.

The TSA takes the form of a basic system of concepts, classifications, definitions, tables and aggregates linked [“satellite”] to the standard tables of 1993 System of National Accounts [SNA] from a functional perspective.

The method is a physical indicator associated to the flow of visitors [number of tourism displacements –trips by overnight and same day visitors and their characteristics-, as well as overnights] continue to be basic of the measurement of tourism from the demand side, but it is no less true that countries now need additional information and indicators to improve the measurement of the economic contribution of tourism.

Without doubt, the estimation of the expenditure associated to the different forms of tourism [inbound, domestic and outbound] is the main priority.

In the case of inbound and outbound tourism, the measurement and characterisation of flows of visitors is usually based on that of non-residents entering the country for a duration of less than a year, and is performed at the borders, either using Entry/Departure cards, or using surveys at the borders usually at the moment the non-residents leave the country, although a few countries, combine in an integrated manner both instruments [administrative controls and surveys].

Some countries, mainly from Europe and ECOWAS where controls at the borders have disappeared, also make measurements in the place of accommodations [either as a complement to border surveys or as an alternative to them].

Daily average expenditure by visitors has to be estimated mainly using specific questions within a survey applied to visitors. Alternative estimation methods are different type of administrative data [such as bank reporting systems, transportation expenditures provided by companies or transportation regulatory authorities, among others].

In addition, some components might be estimated from other sources, as for instance those related to vacation homes, time share and social transfers in kind.

Finally, estimation of total visitor consumption takes into account the number of trips [estimated by the arrivals/ departures of visitors] and the average daily expenditure by visitors.

From the supply side, it should be remembered that in order for individuals to take tourism trips to a given country or location, an infrastructure of services must be in place to respond to their specific needs: basically this means that modes of transport and transportation facilities, different types of accommodation, food serving services, recreation facilities, as well as other services.

The measurement of tourism supply is therefore linked to the proportion of visitors consumption of different type of industries output [not just tourism industries but others]: estimation of tourism ratios is the key issue in this regard.

Though, there are no accurate figures on hotels and accommodation providers in Nigeria, practitioners are of the opinion that there are close to 11,000 or more hotels of various categories.

However, not all of them are worthy of the name hotel, the accommodation sector alone employs over 2 million direct and about a million indirect jobs in the country today.

The indirect jobs includes suppliers, entertainers and related activities that make up the entire travel and tourism industry.

Regrettably, transportation that is a major element of travel was not connected to tourism under the NBS data collection or collation.

With an annual departure of almost 4 million passengers, the National Association of Nigeria Travel Agencies [NANTA] generated [N197, 599,911,988.00] about 80% of all international airlines ticket sales in Nigeria between January 2013 and January 2014.

This was not captured as tourism earnings. Same goes for land and water transportation.

When recently, ministries were to be merged or scrapped, the tourism ministry became a target and to us in the travel and tourism sector, it was one of the darkest day for us to see our beloved ministry scrapped.

Now that the ministry is gone, the federal government must build the capacity of the Nigerian Tourism Development Corporation [NTDC], increase funding, and early release of allocation, and most importantly, it must be allowed/enabled it to generate revenue because mere marketing and promotion responsibilities as it stands, cannot grow local or international patronage.

The corporation’s ingenious plan to propose to government what it called departure tax which involves levies on every passenger travelling out of the country through the airports would have been the panacea to developing the sector as monies realised was proposed to be shared among the three tiers of government.

The federal government, now through the NTDC will have enough money to do proper marketing and promotion within and abroad when necessary.

Though, the July 19, 2013 Supreme Court ruling that totally put tourism establishments’ registration, grading and classification in the purview of states has further dented the quality and the uniformity of growth that was expected.

Without doubt, tourism can be the next big thing for Nigeria. The proposed departure tax will be different from the following that are currently being charged by government: 5 % VAT rate charged on accommodation, 5 % VAT on local airlines’ tickets and the ‘Withholding Tax on all international tickets and 5 % VAT rate charged on food, drink and services in tourism/accommodation establishments.

The proposed tax, however has potential to alleviate the sector’s financial woes, which will be shared by all tiers of government. The Nigerian Tourism Development Corporation [NTDC] 40 %, States [State Tourism Boards] 30 % and Local Councils [Local Government Tourism Committees] 20 %.

The organised private sector umbrella body too can also receive 10 % and with such cash available, jobs will be created in all the 774 local councils in Nigeria.

Finally, the absence of a national carrier or airline is nothing but a major minus for a country of over 160 million people.

Efforts made by the former President Olusegun Obasanjo with the creation of Presidential Tourism Committee [PCT] that has the president, vice president, finance minister, tourism, trade, Central Bank of Nigeria [CBN] and eight tourism friendly states-that met quarterly to discuss and proffer solutions to identified problems was truncated by succeeding governments.

Apart from Amb. Frank Ogbuewu, the former Minister of Tourism and Culture that did so much to push and pull the sector to its first ever highest peak, subsequent appointees were nothing but mere occupiers.

The last minister of Tourism, Culture and National Orientation, High Chief Edem Duke, a hotel owner and former President, Federation of Tourism Associations of Nigeria [FTAN] was nothing, but a disaster and that same body has also failed to impact positively on the sector.

In fact, the ministry was turned into a ministry of Nollywood in the way and manner the Calabar Chief ran the ministry.

Major destinations around the world have their national airlines that help facilitate easy international movement, affordable air travel and convenience for both their nationals and foreign travellers alike.

Countries like Ethiopia, Kenya, South Africa and Rwanda as well as the United Arab Emirates [UAE] that has, Emirates, Qatar Air and Etihad are among airlines servicing Dubai, the major destination in that part of the Middle-East.

Local travel in Nigeria is still much unaffordable, much less international trip, a situation that has made Nigeria one of the most expensive route in the world.

Reviving the travel and tourism industry must take a holistic approach with government addressing our bad roads; as well as establishing a befitting national carrier.

The aforementioned are the few of the must do, if Nigeria is to benefit from the ever growing travel and tourism industry.